Find top rated Arizona Golf Course Living for active adults considering retiring to Arizona. Searching for Golf Course Living on Retirenet.com is simple and easy. You will find many communities and homes to fulfill your retirement dreams. All retirement options are available including golf course living, new home communities, waterfront homes, condominiums, villas, manufactured home living and more. Your perfect place to retire is just a few clicks away.

Golf course retirement living include not only PGA level golf courses but golf course living on the smaller executive courses designed to accommodate golfers of all abilities. Many of these master planned communities also feature such other recreational amenities as tennis courts, fitness centers, swimming complexes, and marinas.

If you are looking for active adult, 55+ RV communities, look no further. Retirenet.com offers the latest in RV Resorts and Communities for those looking to relax and retire. Read more...

How To Assess A Golf Community

If you can tell the difference between a mashie niblick and a baffing spoon, there’s a good chance you’ve at least considered retiring to a golf community. Spending your golden years surrounded by lush greens is a widely-held American dream. Read more...

Retiring in Phoenix, AZ? Retirenet.com offers a directory of the best 55+ active adult communities in Phoenix, Arizona. We know how important finding your forever home is, see the best in retirement living here! Read more...

Casa Grande AZ, Our active 55+ community is lively and fun. We pair world-class amenities with a vibrant social network of active, friendly adults like you. On a typical day at Palm Creek, you can master your swing on our par three golf course, take part in a stained glass workshop, and relax by the pool while sipping a latte from our gourmet bistro. We host over 165 activities per week, so it’s easy to make new friends while finding something fun to do. Feeling adventurous? Join one of our outings to the scenic and historic attractions all around our gorgeous neighborhood of Casa Grande, Arizona. We’re forty minutes south of Phoenix, and an hour north of the historic districts of Tucson. Hundreds of unique attractions are waiting within a day’s drive. So what are you waiting for? Gather your golf clubs, rev up your sense of adventure, and make your way to Arizona for the experience of a lifetime.

Learn more about this community

Planning for Your Retirement

Preparing for retirement is like nearing the finish line in a marathon: after so long, the end is finally in sight. In fact, that finish line is really the starting line in a different race—and in order to run it successfully, you have to plan for it. Read more...

Looking for a new home? Look no further! Sun Communities, Inc is the nation's premier provider of manufactured home communities and RV resorts, offering exceptional amenities which compliment residents lifestyles and as well as a variety of exceptional re Read more...

A retirement home that helps pay for itself

If you're thinking about buying a retirement home, consider taking a “buy-and-rent“ approach before you’re ready to retire. That way, your new home will actually have partly paid for itself by the time you’re ready to move into it. Read more...

Republic front pages from the past 125 years

A look through the Hotel San Carlos with the Melikian family

Arizona and its abundant sunshine is one of the biggest retirement destinations in America. Phoenix, a city for every style is affordable with many activities. Scottsdale, for those looking for high-end resort living and a higher elevation, which makes it milder than other parts of Arizona. The Grand Canyon state has over 70 highly ranked golf courses.

There are many activities for seniors including white water rafting, championship golf courses, hang gliding through desert, skiing and fishing in the many lakes including the Colorado River.

There are three major population centers in Arizona: Tucson in the south; the gigantic Phoenix metropolitan area in the south-central region; and Flagstaff in the north-central region. Arizona's far northern region is vast and largely empty, consisting of widely separated small settlements and large tracts of national parks, monuments, and recreation areas. It is also home to some of the largest Indian reservations in the country.

Arizona is Retirement Friendly
Arizona is moderately tax-friendly for retirees. Like most U.S. states, it does not tax Social Security retirement benefits. However, other types of retirement income are taxed, either partially or fully. ... Arizona's average state and local sales tax rate is 8.25%.


Lets go over the 5 Best Areas to Retire in Arizona and why.
1) Sun City West located north and west of Phoenix. It’s ranked nationally as one of the top 25 places to retire. There are numerous 55+ retirement communities offering many activities and lots of things to do.
2) Green Valley, a town in Southern Arizona about an hour north of the border ranks 40th nationwide for places to retire.
3) Sun City itself is a planned retirement community located near Phoenix. Nearly 75% of the population are seniors.
4) Litchfield Park – another community close to Phoenix. Boast the third highest number of medical centers.
5) Scottsdale Arizona, this city is a Phoenix suburb that is famous for its nightlife and close to Indian Casinos. 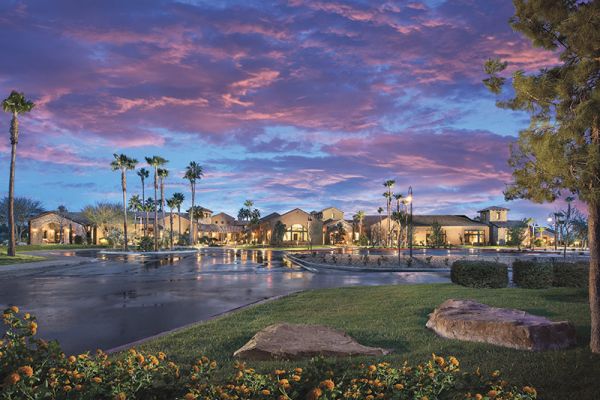 Welcome to Robson Ranch Arizona Here you’re surrounded by everything that makes Arizona such a popular place to live. Along with the outstanding medical facilities, educational opportunities, sports and cultural attractions in Phoenix and Tucson, each less than 60 miles away, you’re also near two interstates and two international airports that put California beaches and worldwide vacations within easy reach.

Palm Creek Golf & RV Resort in Casa Grande Arizona, offers world-class amenities with a vibrant social network of active, friendly adults. Our family of residents love taking advantage of our premier on-site amenities. ust forty minutes from Phoenix, residents have the opportunity to discover the stunning Desert Botanical Garden or catch a game at the famous Chase Field. Drive one hour north and visit the gorgeous historic districts of Tucson.

At PebbleCreek you'll feel right at home the moment you arrive. Lavish landscaping, sparkling lakes and world-class amenities provide PebbleCreek homeowners with a country club lifestyle that can be described as breathtaking. Golf, tennis, fitness, sports, arts and crafts, music/dance/theater, games and cards, plus a host of clubs and organizations are there for your enjoyment. Or if you'd prefer, just relax at the pool or surf the Internet if that's more your style.

Amidst the natural beauty of the rugged Santa Rita Mountains, you can step outside and right into the scenic vistas of Madera Canyon – a wonderland for bird watchers, outdoor lovers and nature enthusiasts. Located only 25 miles south of Tucson, Quail Creek is a world of its own within the friendly town of Sahuarita in the Green Valley area. With so many ways to discover new interests while cherishing old favorites, it’s easy to enjoy your own kind of lifestyle. Here you don’t have to settle on anything, except what you want to do today.

The Preserve at SaddleBrooke

The Preserve at SaddleBrooke

The Preserve at SaddleBrooke - The ultimate blend of exclusive luxury and inclusive friendliness combines a breathtaking, one-of-a-kind setting in the Catalina Mountains with an easygoing lifestyle that enhances the prestige of living high above it all. 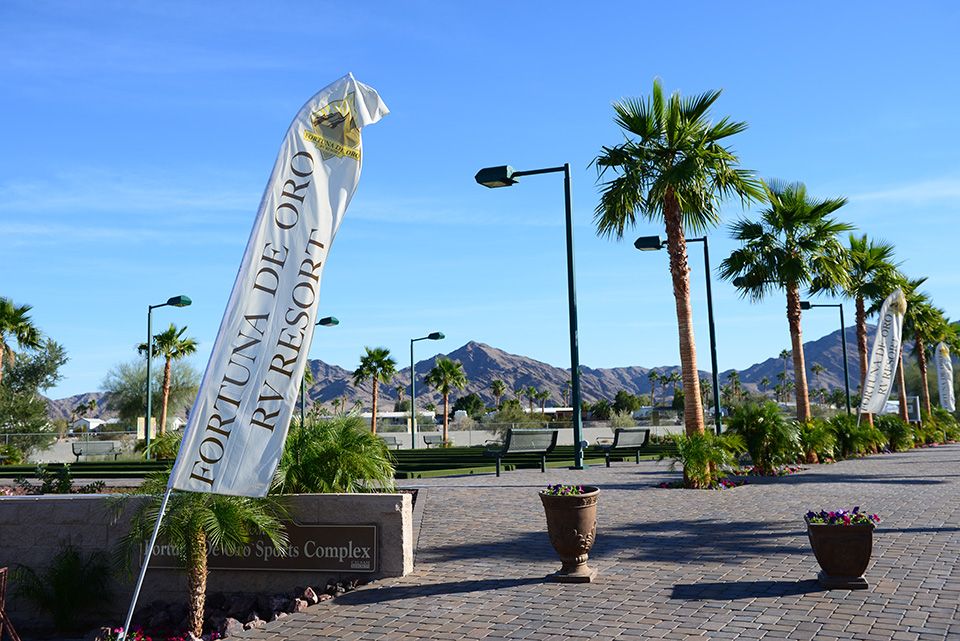 Blessed with views of the foothills, wide easy-to-navigate streets and a friendly hometown feel, Fortuna del Oro is a fun-in-the-sun carefree paradise for active adults. Located in the warm and welcoming community of Yuma, Arizona, this top-notch RV resort boasts a wealth of activities and amenities including a just-the-right-length 9-hole regulation golf course plus a driving range and practice putting area. 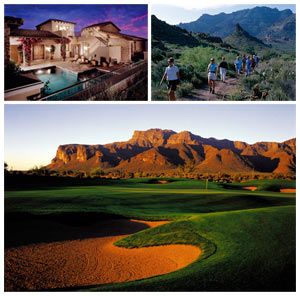 Voyager Resort at The Bay 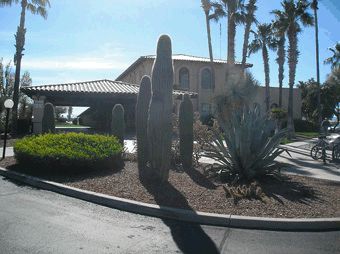 Voyager Resort at The Bay

The newest development at Voyager Resort, The Bay, is an upscale manufactured home community. Our homes are custom built in Phoenix. These homes ground-set and finished with a beautiful durable sand stucco finish and each is fully landscaped. 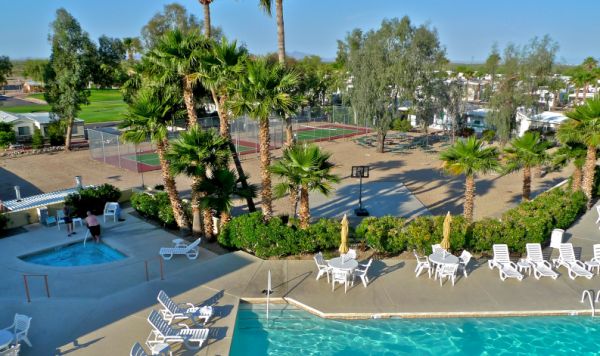 Gold Canyon is like summer camp for grownups! It's a tranquil, sun-filled oasis where you can play our lush 9-hole executive golf course or enjoy shuffleboard, our heated pool and much more 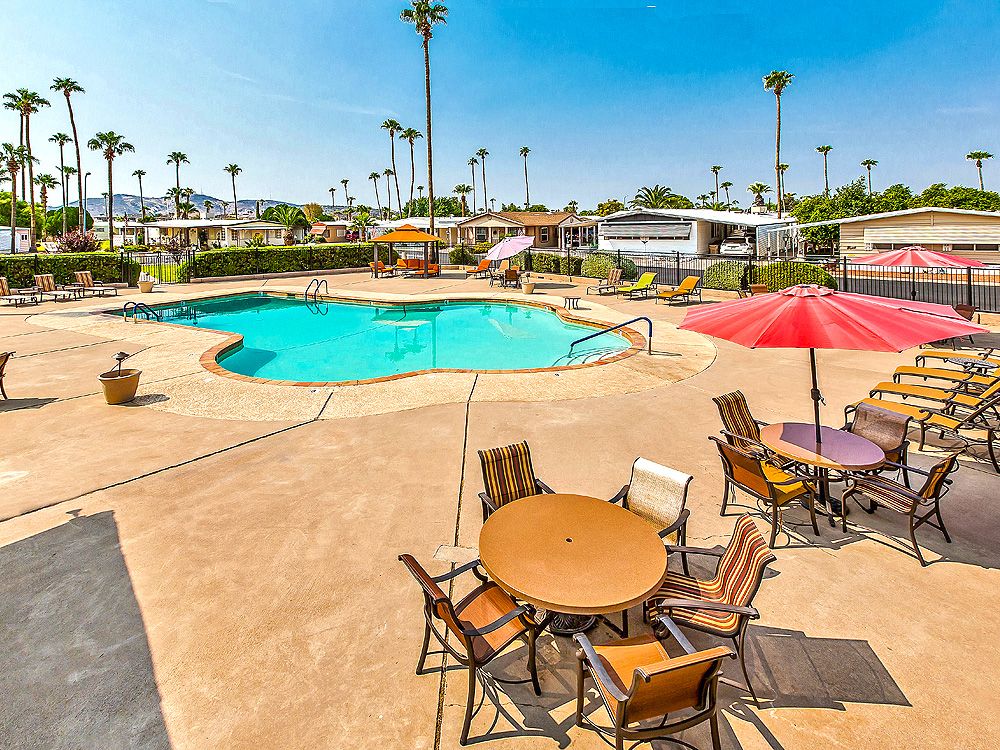 Central Park offers a quiet, relaxing atmosphere with a location convenient to downtown Phoenix and ...

Vistoso Properties is the only realty company located in this 1,000 acre Del Webb active adult retirement ...

The Villages of Rio Rico 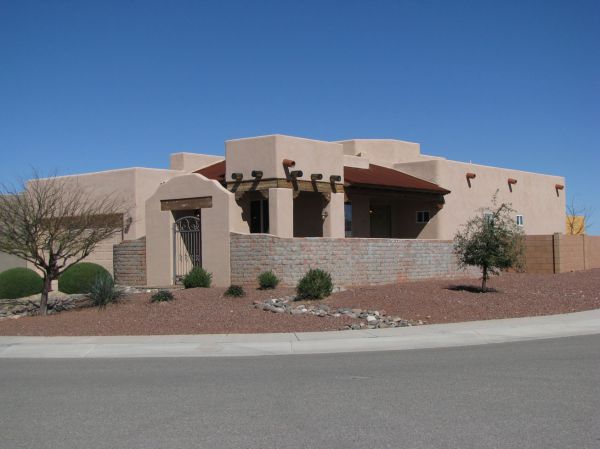 The Villages of Rio Rico

If it’s well-designed homes, comfortable Arizona living and miles of undiscovered desert landscape you’re looking for, then The Villages of Rio Rico are for you. Welcome to a virtually undiscovered gem in the Sonoran Desert’s lush Santa Cruz River 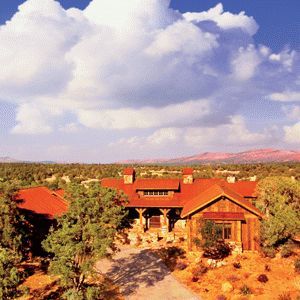 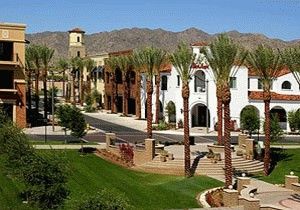 Nestled between the McDowell Mountains and the Verde River, the golf communities of Rio Verde and Tonto ...

Nestled between the McDowell Mountains and the Verde River, the golf communities of Rio Verde and Tonto ...

The Highlands at Brentwood - MyMH 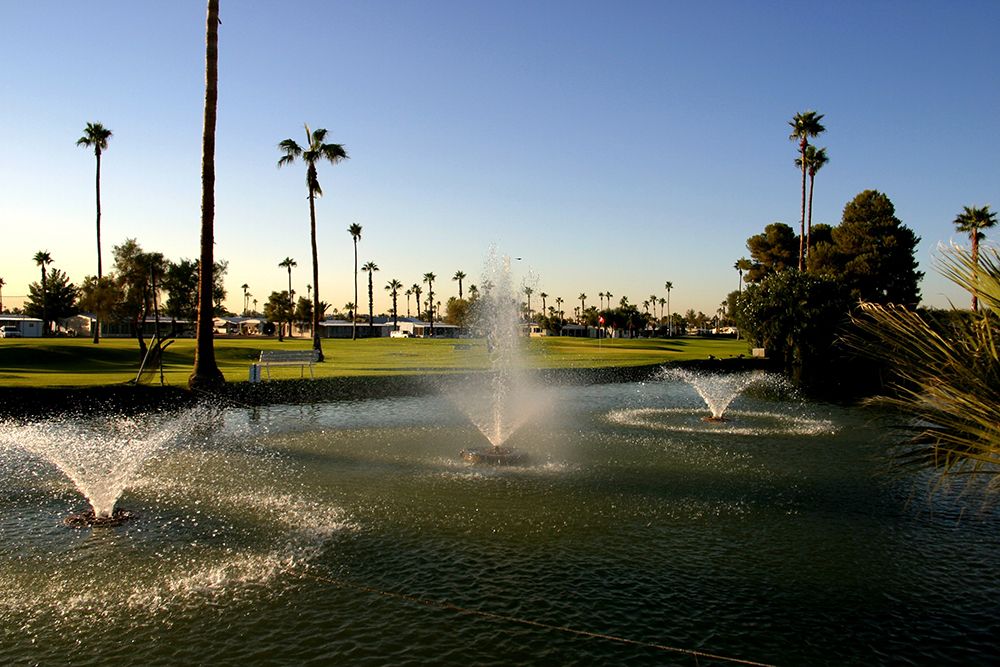 The Highlands at Brentwood - MyMH

The Highlands at Brentwood is a 55+ golf course community that has it all. Residents experience the beautiful Mesa, Arizona ... 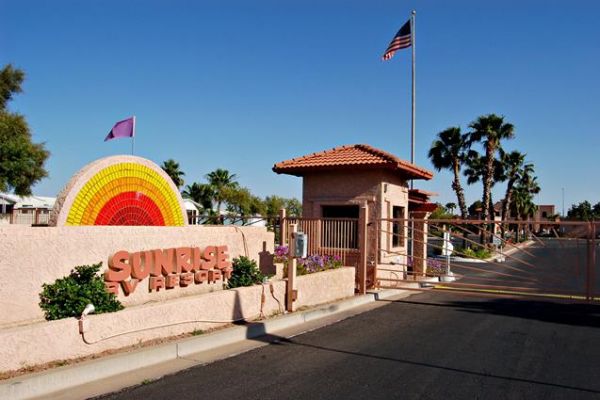 Welcome to Sunrise RV Resort. We are a 55+ active adult RV community offering 5-star amenities including 34 acres of natural beauty, recreational activities and relaxation for your instant comfort. Once you enter the gated community you are greeted with w 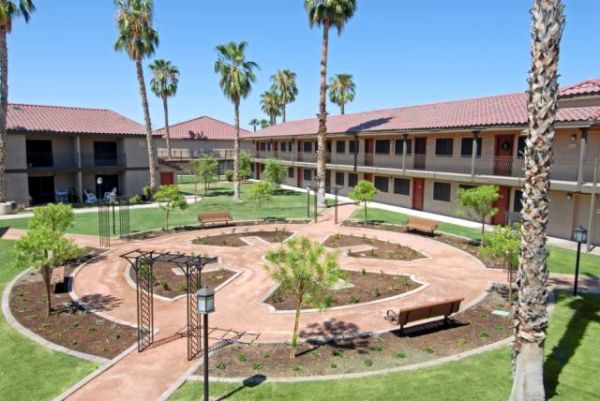 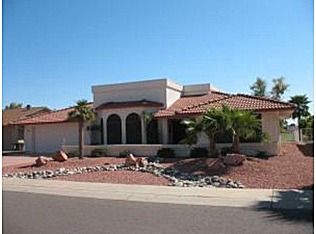 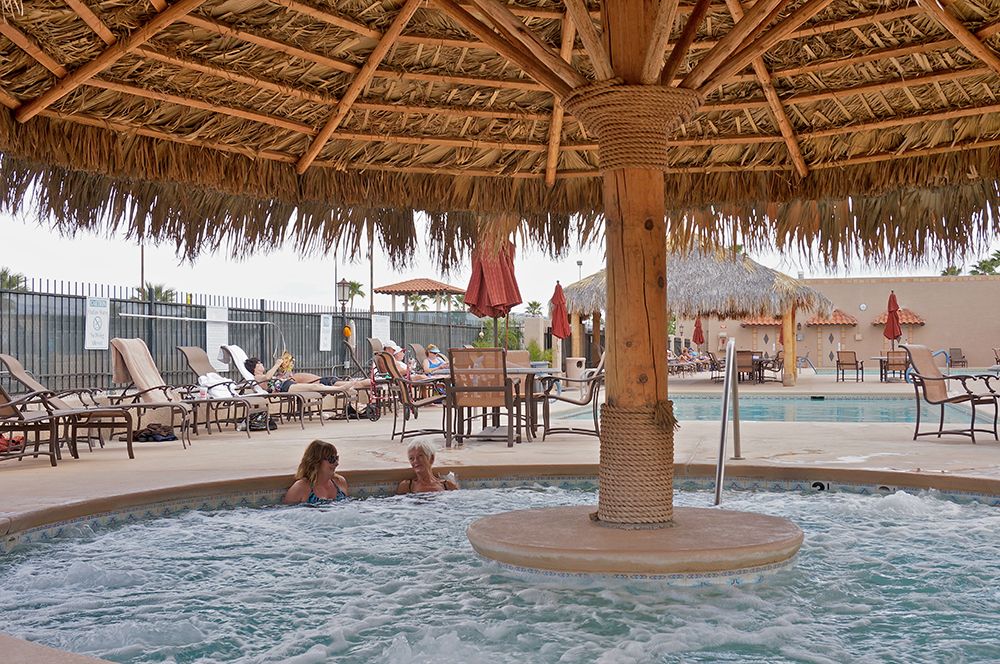 Voyager RV Resort has it all... The special feeling of a real community, wonderful friends and neighbors and an endless array of things to do and go – all are part of the Voyager experience. Voyager means discovering all the "Best of the Southwest." 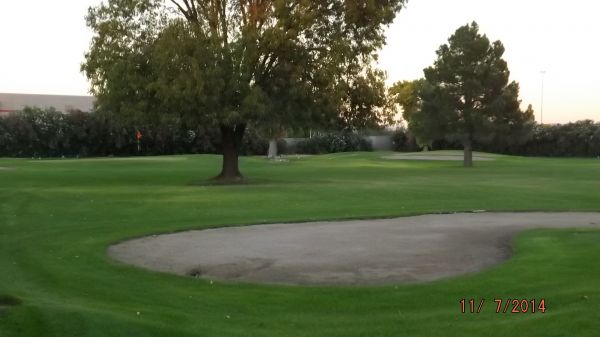 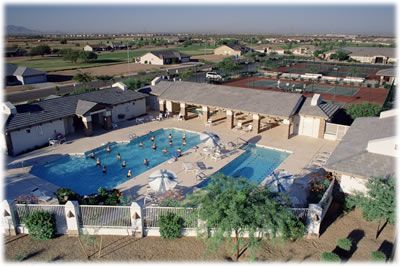 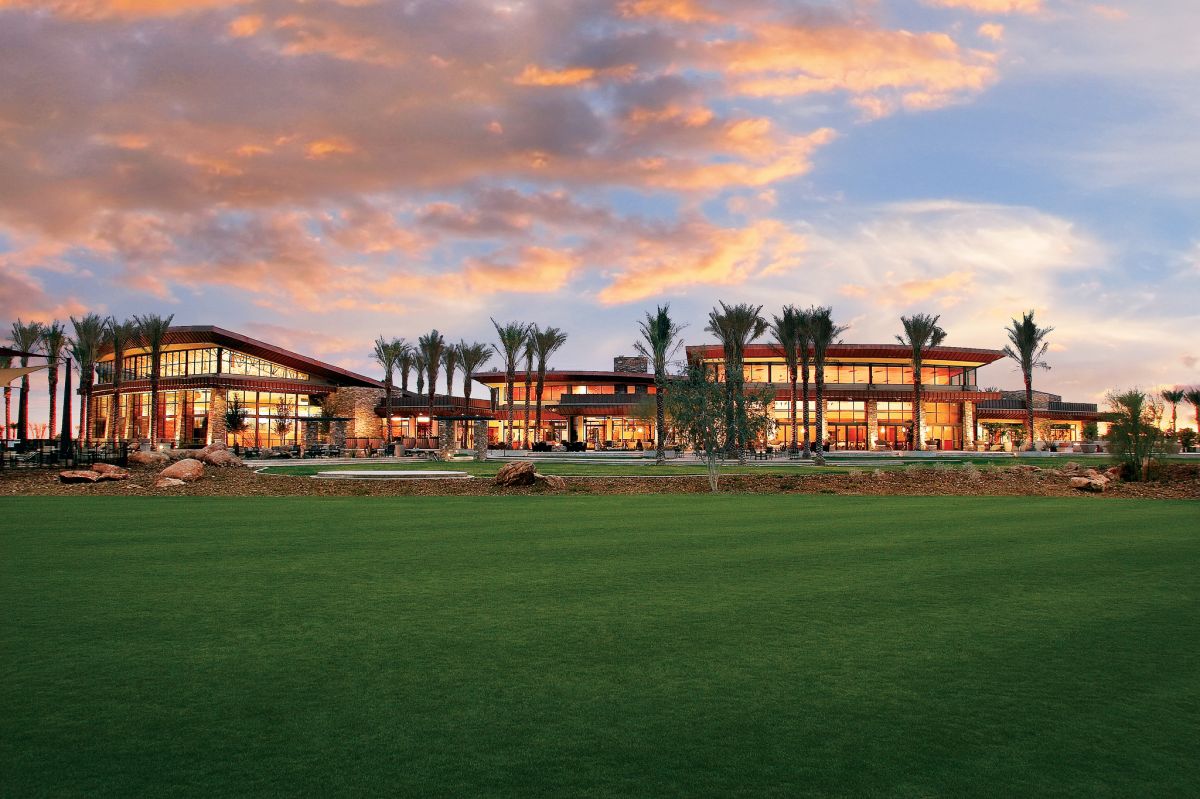 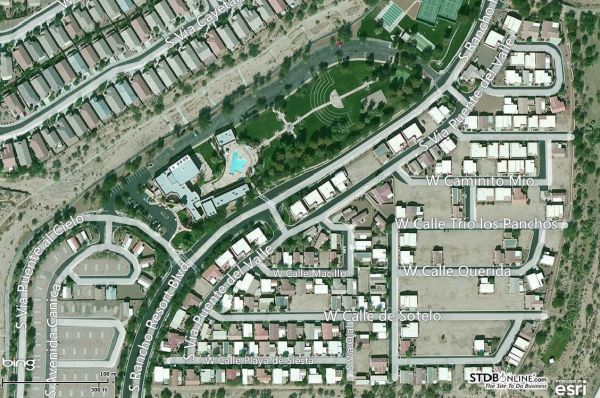 Golf course retirement living include not only PGA level golf courses but golf course living on the smaller executive courses designed to accommodate golfers of all abilities. Many of these master planned communities also feature such other recreational amenities as tennis courts, fitness centers, swimming complexes, and marinas. 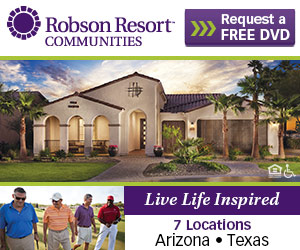