Moody?s Investor Services on Monday boosted its rating for the struggling industry to "stable" from "negative," citing customers? increasing willingness to dine out.

China?s Internet tycoons are getting richer amid COVID-19

Jack Ma, founder of e-commerce giant Alibaba, held onto his status as China?s richest tycoon this year as surging demand for online shopping and other services during the coronavirus pandemic swelled ...

Microsoft, SpaceX are trying to expand cloud platform into space

Microsoft is partnering with billionaire entrepreneur Elon Musk-led SpaceX and others as it expands its cloud-computing platform into space, the software giant said Tuesday.

The feds slapped sanctions on an Australian gem dealer who allegedly helped move money around the world for al Qaeda, the notorious terrorist group behind the 9/11 attacks. The Treasury Department acc...

Warren Buffett?s Berkshire Hathaway agreed to pay $4.14 million to settle allegations that a Turkish subsidiary may have violated US sanctions against Iran, the US Treasury Department said Tuesday. Th...

AMC Entertainment, the country&#8217;s largest movie theater chain, said Tuesday that it is looking to raise more cash as the coronavirus pandemic continues to hammer its business. The cinema chai...

The lawsuit, to be filed Tuesday, will allege that Google broke the law to keep its own search engine dominant and accuses the tech giant of disadvantaging competitors in an effort to sell more online...

Walmart's advertising arm is expected to rake in nearly $1 billion in sales this year as the retail giant works to expand the nascent business, a new report says.

A new photograph has emerged of Democratic nominee Joe Biden posing with Hunter Biden and Kenes Rakishev, a Kazakh oligarch who reportedly worked with the former veep's scandal-scarred son.

Student only identified as ?black guy? in high school yearbook

A black Indiana high-school student was only identified as ?BLACK GUY?? in a caption in the yearbook, forcing local education officials to publicly apologize for what they called a ?truly reprehensibl...

Pulitzer Prize-winning journalist Glenn Greenwald ripped what he labelled the mainstream media&#8217;s &#8220;cone of silence&#8221; for failing to report on The Post&#8217;s expose la...

Judge Annie O'Connell said the anonymous juror, who filed a motion in court earlier this month for permission to go public, can keep her identity secret but is allowed to speak out, WLKY-TV reported.

A Delta passenger wearing her mask incorrectly was kicked off a plane after punching a flight attendant in the face, video shows. BBC journalist Suzanne Kianpour said the unidentified passenger got in...

A Starbucks barista is going viral for keeping her cool when a California customer went on a wild rant after being asked to wear her mask ? even randomly screaming &#8220;F&#8211;k Black Lives...

Gov. Andrew Cuomo on Tuesday urged residents of New York and neighboring New Jersey, Connecticut and Pennsylvania to avoid all but essential travel between the states because of a spike in coronavirus... 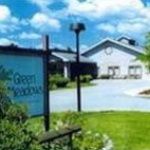 Set on beautifully landscaped grounds with a courtyard and lovely gardens, Emeritus at Painted Post is considered one of the premier senior living communities in the Corning-Elmira area. Here our residents â in many cases, with their pets â 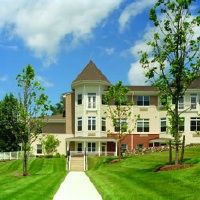 At Atria Woodlands, youâll find an array of services and amenities to help you enjoy life and stay connected with your community. Whether itâs a leisurely breakfast in the bistro, a workout in our state-of-the-art fitness center, or a st... 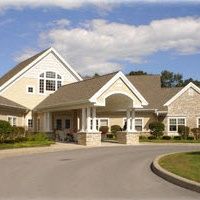 Beacon Pointe Memory Care Community is a truly different senior living community for the memory impaired where you and your life are celebrated. emotionally, physically and intellectually. With beautiful surroundings and a daily calendar full of s... 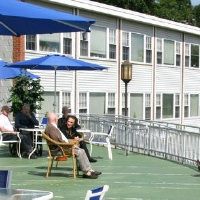 Care giving can take such a huge toll physically, emotionally and financially. Adult Day Care may be an option for you or your loved one. Adult Day Care provides planned programs of activities to allow social and mental interaction. These centers ...