Find top rated New Jersey Active Retirement for active adults considering retiring to New Jersey. Searching for Active Retirement on Retirenet.com is simple and easy. You will find many communities and homes to fulfill your retirement dreams. All retirement options are available including golf course living, new home communities, waterfront homes, condominiums, villas, manufactured home living and more. Your perfect place to retire is just a few clicks away.

New Jersey, named after the island of Jersey in the English Channel, is nicknamed 'The Garden State' because of its lush green scenery and outdoor recreation.

HARRISBURG, Sept. 21 ? State Rep. Mike Sturla, D-Lancaster, announced today that the House Democratic Policy Committee will hold a public hearing on voting issues. The hearing will be held at 10 a.m. ...

by Alex Lloyd Gross The bill had bipartisan support.. It would allow parents and spectators to attend high school sporting events. The bill would have left the decision to open the games to the public...

Hearing Set For Those Impacted By Pending Evictions

No Tailgating At Today?s Eagles Game- No Traffic Either

Jersey Shore On The Water - RSS

Every year, fishermen make their way to the ?Surfcasting Capital of the World? ?Montauk, New York? also known as ?The End?. The post Montauk Madness appeared first on On The Water.

presented by Costa Del Mar &#8220;You&#8217;d think this would be the downtime, but I&#8217;m on edge whenever the baits are out. The post Guide Profile: Captain Rob Taylor appeared first ...

Enjoy the fun and the feast provided by late-summer?s crop of baby snapper bluefish. The post Snapper Blue Season appeared first on On The Water.

Three a. The post Fall Running appeared first on On The Water.

It?s a different world when the lights go down on Northern New England?s offshore grounds, but anglers shouldn?t be intimidated about fishing after dark. The post Offshore At Night appeared first on O...

Video and Photos: Marlin caught off the tip of Cape Cod

The New Wave of Saltwater Swimbaits for Big Stripers

Learn about the power of the FishLab Tackle Paddle Tail The post The New Wave of Saltwater Swimbaits for Big Stripers appeared first on On The Water.

New Jersey, named after the island of Jersey in the English Channel, is nicknamed 'The Garden State' because of its lush green scenery and outdoor recreation. It is bordered on the north by New York, on the east by the Atlantic Ocean, on the southwest by Delaware, and on the west by Pennsylvania. Parts of New Jersey lie within the metropolitan areas of New York and Philadelphia.

To the east, along the Atlantic coastline, there are more than 90 miles of shoreline with beaches both bustling and serene. This area was devastated by 2012’s Hurricane Sandy, but much of it is bouncing back and recovering from the impact.

For those interested in the great outdoors, there is the 70,000-acre Delaware Water Gap along the border between New Jersey and Pennsylvania, which features around 37 miles of riverfront and tree-lined hiking trails.

There are a variety of cities and areas for retirees to enjoy in New Jersey. Atlantic City offers gambling, night life and amusement parks, while towns like Cape May feature some of the best beaches in the Northeast. Princeton, home of Princeton University, is famous not only for the college, but for famous figures such as Presidents Woodrow Wilson and Grover Cleveland who once resided there. 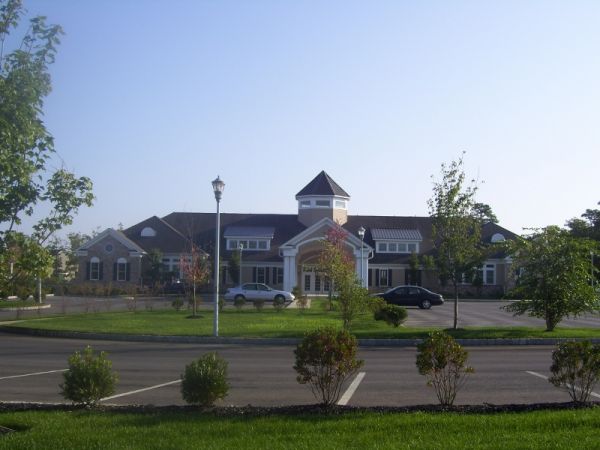 Heritage Point is one of the newer adult communities located in Barnegat NJ just off Parkway Exit 67. Construction began in 2000 and the community is about 80% built. There are 8 models to view and many resales are available. Homes range in size from 1320

Cape May Crossing - Cape May, NJ - Enjoy the pristine beaches of the New Jersey coastline at Cape May Crossing Manufactured Home Community – Located in the oldest seaside resort town in America, our 28-site park is situated less than two miles from downtown Cape May and local beaches. 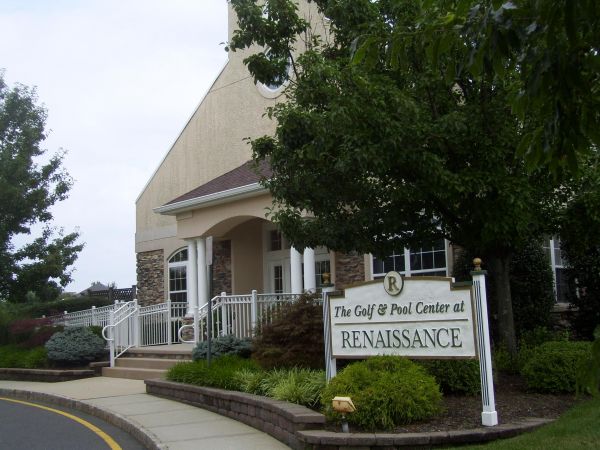 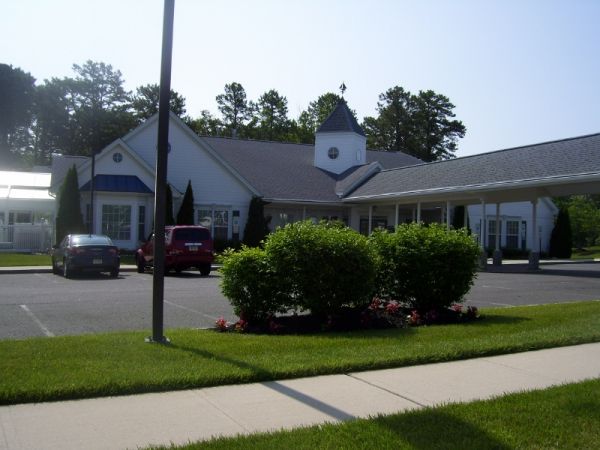 Sunrise Bay is an adult community located in Little Egg Harbor, about 15 minutes off Parkway Exit 58. This community completed construction in 2005 and offers homes that range in size from 1270 square feet to 2175 square feet. Prices begin around $235,000

Nestled within the serene woods, stretched out over the Mays Landing Golf Club, our community proudly offers luxurious amenities, exciting activities and a long list of conveniences for a carefree, relaxing lifestyle. Hit balls at the golf club and more!

Welcome The Oaks of Weymouth lies in a natural area known as the Pinelands Preserve, surrounded by acres of pristine forest; yet this 55+ community is only 18 miles from the excitement of Atlantic City, minutes from major shopping, and just a short drive 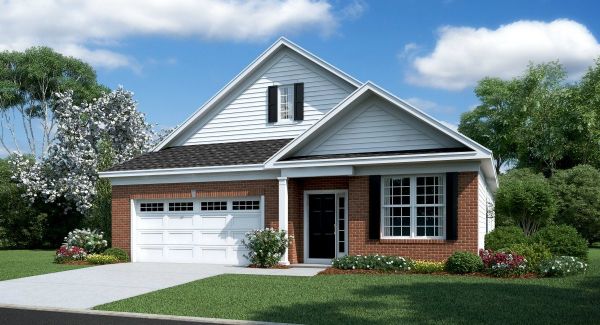 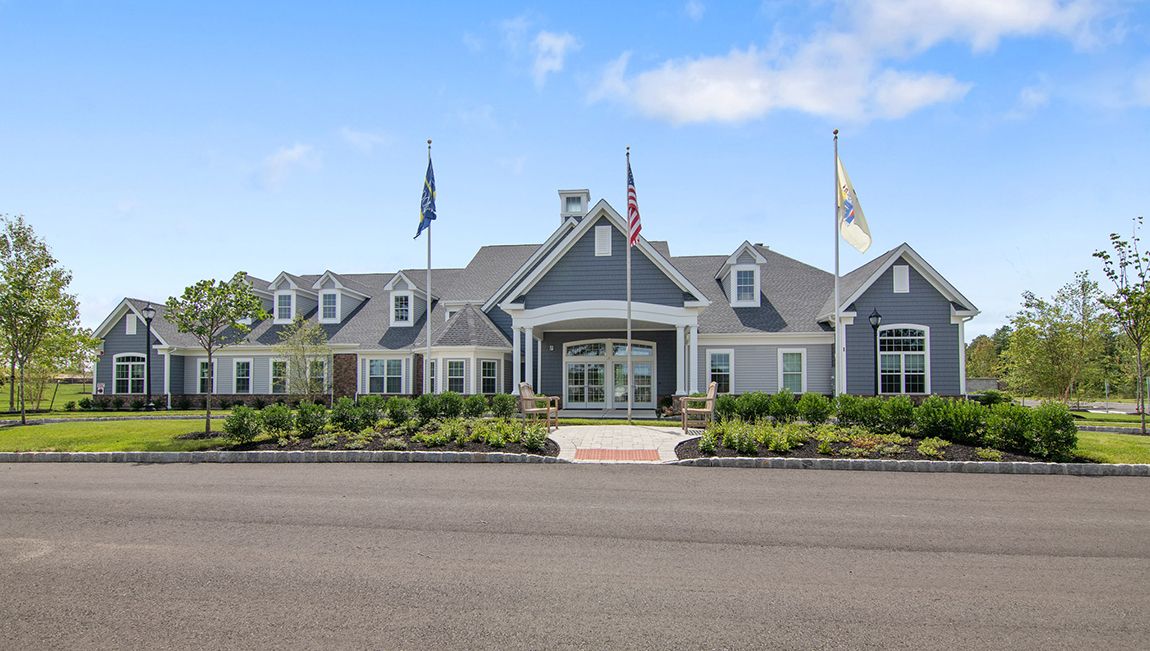 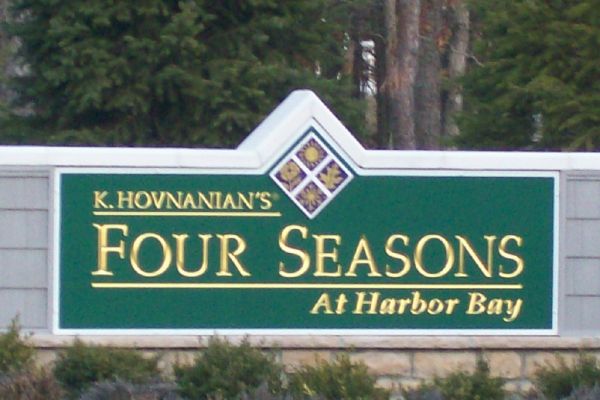 Four Seasons at Harbor Bay is one of the newest adult communities in Southern Ocean County and is located in Little Egg Harbor, just off Parkway Exit 58. Construction began in 2007 and there are many homes being built. Models are up and available to be se

Brighton at Barnegat is the resort lifestyle you’ve always dreamed of living -- but at a price you can’t beat. This premier, age-qualified community in Barnegat, New Jersey, is close to the beach and bay. This region of southern Ocean County is charming. 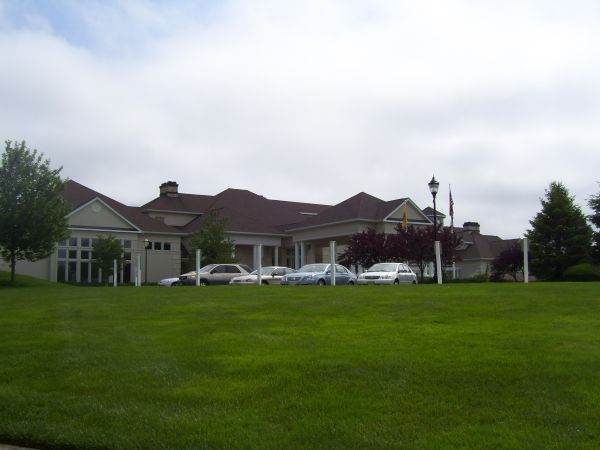 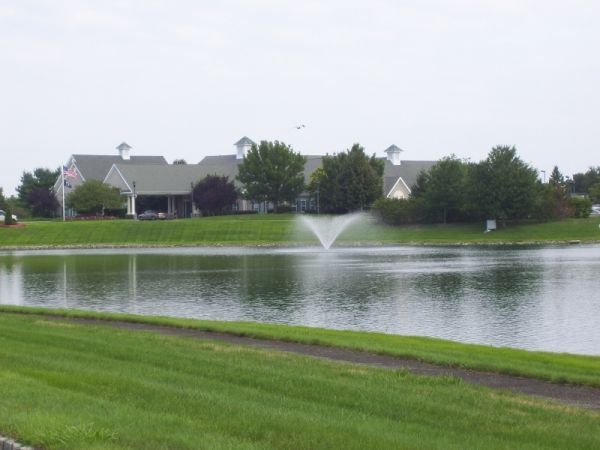 You won’t believe you’re only 18 miles from bustling Atlantic City. Mullica Woods is tucked away from the excitement in a peaceful, wooded area, surrounded by friendly neighbors, resort-style amenities, and the utmost convenience.

Clearwater Village, Spotswood, NJ - offers the ultimate 55+ active-living experience. You’ll love our ample amenities, weekly activities, and beautiful new homes for sale starting in the mid $100’s. If you don’t know about us yet, you should! Welcome Ready to enjoy retirement? At Clearwater Village, we think you’ve earned it. Join us at the Olympic-size pool, play a round at the Bocce Ball court, or simply relax with some of our friendly residents in the sun.

Shenandoah Village is an age-qualified community in Sicklerville, New Jersey, with a long list of luxuries that makes it stand out: a sparkling swimming pools, an elegant community hall, a putting green right on site, a pool table, picnic tables and more. Just 10 minutes from the glitz and glamour of Atlantic City, Shady Pines provides a peaceful retreat for all generations nestled near two wildlife refuges. Our over 95 full-hookup sites allow for 40-foot RVs and tent camping, plus each site has a private picnic table and a fire ring for personal campfires. Our resort also includes an active 55+ manufactured home community for resort style, year-round living. As a guest of our family-friendly facility, you can take advantage of our exclusive amenities like our sparkling swimming pool, shuffleboard, basketball and horseshoes. Enjoy activities including bingo, potlucks, barbecues and more. Don’t have an RV? We have a spacious RV Rental available. Plan your next adventure and reserve your stay at Shady Pines. 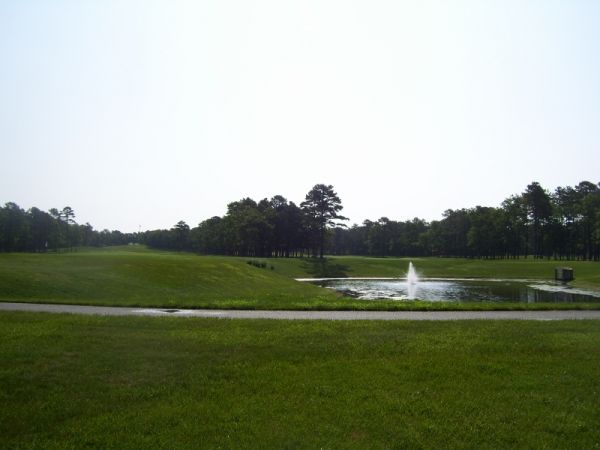 Sea Oaks is a active adult "golf" community located in Little Egg Harbor NJ, just off Parkway Exit 58. New construction was completed in 2007. Home range in size from 1872 square feet to 3423 square feet. Prices start around $320,000. Many of the homesite 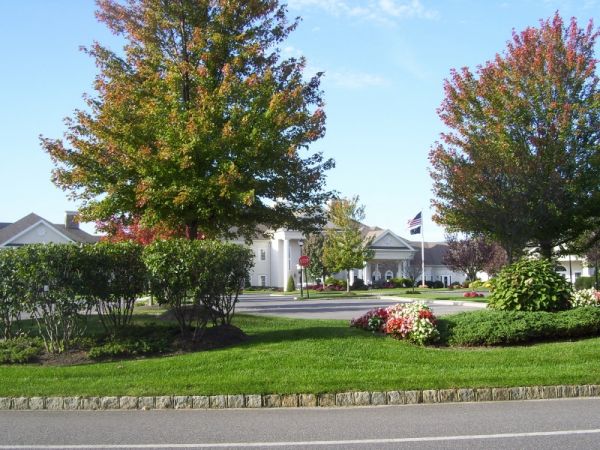 Greenbriar Oceanaire is a gated, active adult "golf" community located in Waretown (Ocean Township) NJ just off Parkway Exit 69. This community is built around a gorgeous 18 hole private course. This builder has come up with a different concept which is a 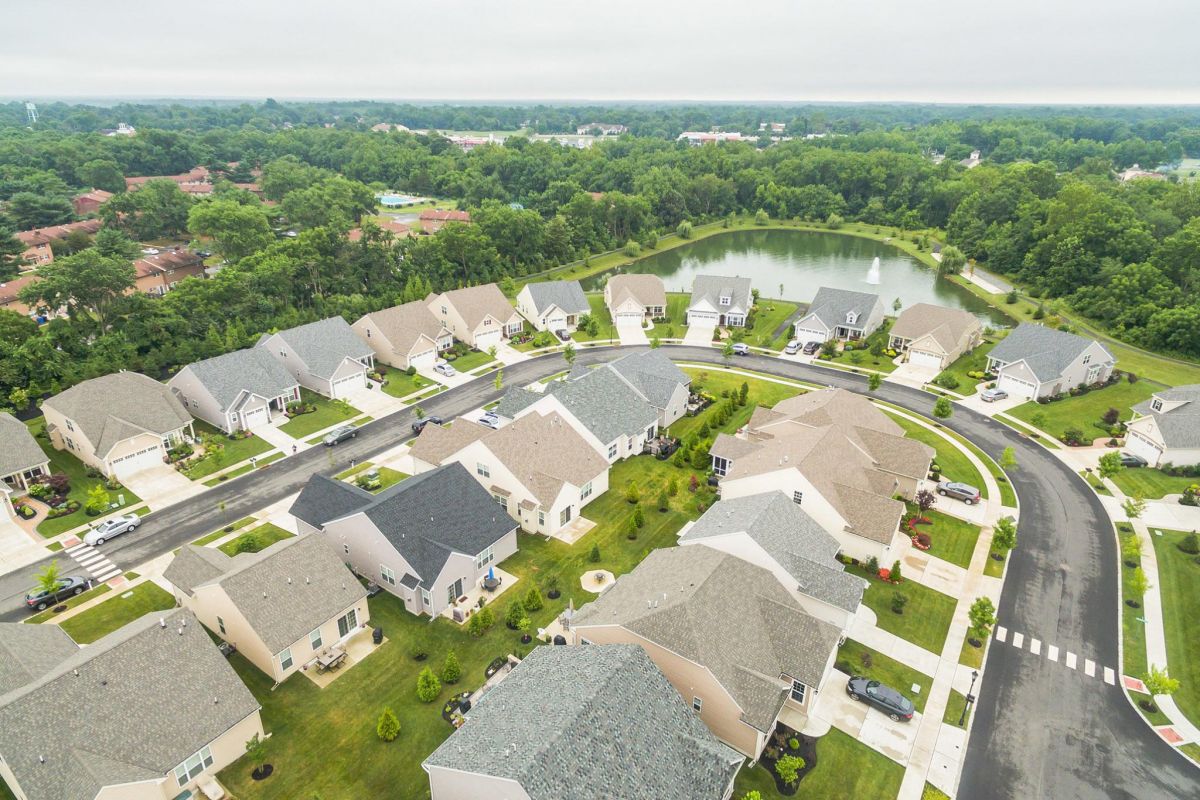 New Jersey, named after the island of Jersey in the English Channel, is nicknamed 'The Garden State' because of its lush green scenery and outdoor recreation.