You Really Are What You Eat - Retirement Net by Dr. Matthew Edlund, MD, MOH

You Really Are What You Eat

The food you eat can change your genes—quickly. 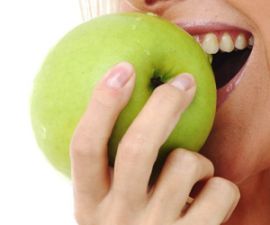 Food changes gene expression—directly. Eat a bowl of rice and you can turn off genes controlling cholesterol synthesis.

Right out of the pot.

You’ve been eating genetic information—probably all your life.

The data come from China, from Lin Zhang and his group at the University of Nanjing. They started looking for micro RNAs—little pieces of ribonucleic acid that turn on and turn off the messenger RNAs that make our proteins.

MicroRNAs are small, but were not expected to survive ingestion. That they survived surprised people.

Zhang’s group took microRNAs that affect cholesterol out of blood and put them into mice. They then blocked their effect with drugs.

There are a lot of chemicals inside animals. The same is true of plants. The majority of antibiotics come from plants. While remaining fixed in the ground plants have to fight off fungi, bacteria, viruses, and rickettsia, set up barriers to being eaten or destroyed by animals, and create all the complicated machinery of life.

So any time we eat a plant or animal we potentially ingest thousands of separate chemicals.

We can get some idea of the complexity of food from one extensively studied plant—tobacco.

Analyses of tobacco plants usually find about 10,000 separate chemicals. One is polonium 210—tobacco plants pick up radioactive fallout long resident in the atmosphere and concentrate it. The end result—when you light up you really light up. That means more lung cancers.

Food is necessary for life. From proteins we get the stuff to make our proteins; from fats, the critical molecules for lining cells and facilitating communication. Carbohydrates are both basic materials and fundamental fuels.

Yet to simplify food into carbohydrates, proteins and fats is to miss most of what they do. It’s like knowing a closed box weights 3,000 pounds and contains iron, copper and other metals, but not knowing if it contains manhole covers, a Ferrari, or a cruise missile. And that’s before you consider what happens when food hits your gut.

Your Gut’s Response to Food

The human response—what you do with food:

The Biological Meaning of Food

Food is complicated—and that’s a good thing. Once we understand the many thousands of chemicals inside food and how they interact we should be able to more intelligently treat or prevent illness through intelligent cuisine—as East Asian medicine has tried to do for thousands of years. With greater computer crunching power we’ll begin to understand why some cuisines, with their many interactions and sequences of foods, like the Mediterranean diet, seem to be healthy.

It’s time to think of food differently, as more than calories and carbs. Food changes us with its procarcinogens and RNA; the drug like effects of its innumerable chemicals; the changes it brings to the human gut ecosystem and its many trillions of different organisms.

It makes more sense to think of food information content. A sweet potato has dozens of different kinds of fat and proteins, but it’s also got carotenoids; antioxidants; RNAs; chemicals that promote or decrease production of liver carcinogens.

They’re also pleasure, culture, fun, and love. That’s the kind of information we can really enjoy.