Wine: The Good, the Bad, and the Ugly - Retirement Net by Jan Cullinane

Wine: The Good, the Bad, and the Ugly

As we age, does wine consumption become a better idea...or a worse one? 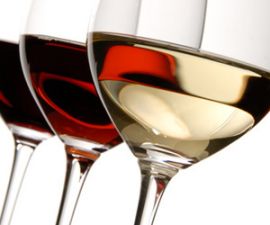 Friend or foe? Pleasure or poison? There has been a lot of discussion about wine over the past decade or so, and today's column will take a look at how this "nectar of the gods" affects adults over 50. Studies are based upon "moderate" consumption of wine, defined as no more than one drink per day for women, and two drinks per day for men. A drink is defined as five ounces of wine.

The Bad and the Ugly (especially if drinking more than moderately):
•  Raises triglyceride levels
•  Increases blood pressure
•  Increases abdominal fat
•  Higher risk of falls
•  Increases chance of being involved in a vehicle accident
•  Alcohol abuse (about 12% of those 55 and older have an alcohol problem)
•  Affects short-term memory
•  Adverse interactions with other medicines (either magnifying or minimizing their effects)
•  Increases risk of oral cancer
•  Consuming calories in the form of alcohol instead of nutritious foods
•  The latest studies show that even at low levels of consumption, "as little as one drink a day increases a woman's risk of several types of cancer by 13%...including tumors of the breast, esophagus, larynx, rectum and liver." (LA Times)