Home  »  Articles  »  Why We Don't Save For Retirement

Why We Don't Save For Retirement

Here are five bad reasons for neglecting your financial future. 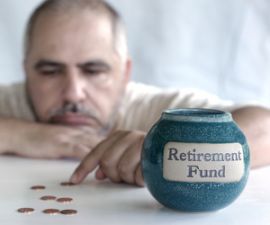 There are many guesses to why people don’t save for retirement. (Hint: you need to!) If you or your financial advisor are spouting about any of these myths, you need to change your tune and proactively save for your future.

Many people who don’t save enough in 401(k)s and IRAs typically have five reasons why they don’t save. But those feel-good excuses are flawed. Here’s why:

Myth: Taxes will be lower.
Many people believe that when they retire, their tax rate will be lower because they won’t be earning as much income. But those assumptions are based on today’s tax brackets, which are at historic low levels. There’s nothing stopping the government from raising them in future years. So withdrawals from a traditional IRA years from now could actually face higher income taxes even if you are not working.

Myth: You’ll work longer.
When portfolios were down recently, many people shrugged and said they’ll just have to work longer. Sounds good, but here’s a stark fact: as you age, the odds are you physically won’t be able to work as hard as you want to or as long as you once did.

Myth: Pensions will kick in.
As we know now, even the healthiest of companies file for bankruptcy. Or restructure. Or face such hardships that they roll back benefits they once promised.

Myth: Social Security starts at age 62.
That’s true now but there’s nothing to say that the federal government won’t raise the minimum age at which benefits start or reduce benefits for those at specific income levels.

Myth: Inheritances will arrive.
Don’t count on it. Many seniors are living longer today than ever before and are using up the inheritances that their children expected to receive.

It is very important to save as much as you can, when you can, so you can enjoy a financially secure retirement. Start saving as early as you can. Don’t forget to fully fund your IRA and your company plan each year, if you can.

Ed Slott and Company has been called “The Best” source for IRA advice by The Wall Street Journal, and “America's IRA Experts” by Mutual Funds Magazine. Ed is a widely recognized professional speaker and author. Get more IRA information from America's IRA Experts.