When Good Things Are Bad For You - Retirement Net by Dr. Matthew Edlund, MD, MOH

Home  »  Articles  »  When Good Things Are Bad For You

When Good Things Are Bad For You

You can overdo just about anything. Vitamins are an example. 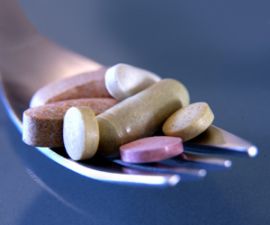 Vitamin. The word itself conjures up healthiness, something vital for life. Without them we can’t live.

The fat soluble vitamins A, D, E, and K—all have associated hypervitaminosis syndromes—we can store enough of them in our fat to make us sick. A recent study of vitamin E to prevent prostate cancer showed an increase in incidence, not the expected decrease. The Norwegian Vitamin trial, performed over many years, found that combined B vitamins probably increased cardiovascular risk—the opposite of what the researchers hoped to show.

If specific combinations of vitamins and minerals can harm our health what about the multivitamin hundreds of millions take every day?

Recently the University of Minnesota published data from the Iowa Woman’s Health Study, looking at women at or over the age of 62. Overall, those who claimed to take a multivitamin died early than those who did not. Almost every individual item taken, whether it was iron or folic acid - seemed to potentially increase mortality—with one exception—calcium supplements.

Do these results actually apply to everybody? No. Here are some problems with generalizing the implications of the Iowa Woman’s Health Study:

What This All Means

There are several take home lessons from recent studies of vitamins:

A. There’s precious little evidence taking multivitamins benefits everybody in the population.

Why? Because there’s little direct profit to companies and institutions in knowing the results.

The end game is that governments are needed to fund such studies—ones that look at what aids the overall health of a population. And without a public health constituency and with saddled budgets, don’t expect to find good answers to important questions:

Including who will best benefit from multivitamins. Are they good for kids? Pregnant women? There’s certainly positive evidence for these populations. Certain vitamins can also help people who are sick—as in those with kidney disease. The Iowa Women’s Study argues that they may not benefit older white women—but what about the rest of us?

C. Without expensive longitudinal studies you’re shooting in the dark, because human biology is really complex.

Ask the drug companies. So many promising drugs have hit the skids because of unexpected side effects—results that did not show up in animal studies.

Ask the makers of thalidomide—who knew that a drug would cause disappearing limbs in newborns? Or be reborn decades later as an anti-cancer treatment.

And there’s the rub.

Too Much Of a Good Thing

Ask a patient on first clinical examination to give you a list of your drugs, and you’ll often find the usual culprits: anti-hypertensives, statins, various jiggers of aspirin.

Yet many folks do not consider vitamins or supplements to be “drugs.” After all, they’re “natural.”

Probe a little further, and many patients—especially those who are health conscious—and frequently a laundry list of vitamins and supplements pops out.

In my practice, people are often taking 5-10 separate substances—together.

Ask how they take them, and the answers become more interesting. “If I feel blue, I take more complex Bs, because they give me a lift.” Or, “ I was worrying about my friend who was just diagnosed with melanoma, so I doubled my vitamin D dose for a few weeks.” (By the by, vitamin D is a hormone that a recent National Institute of Medicine panel argued—very controversially—should not be given in higher doses to the general population.)

Like food, people feel they can take such “non-drugs” with abandon.

Most of us get enough vitamins from our diet and moving around outside.

So what will be the result of these many billions of individual experiments?

We’ll need research money to find out. And with only the population to profit, most of the time we won’t get it.