What Happened to the Boomers? - Retirement Net by Linda Thompson

Home  »  Articles  »  What Happened to the Boomers?

What Happened to the Boomers? 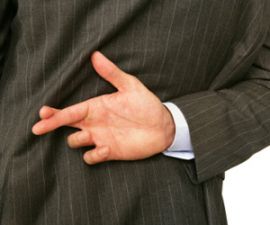 In the late 60s and early 70s, Boomers sat in, dropped out and smoked everything that would catch fire. They set out to change the world, and the world was changed forever. As one, they protested, marched and spoke out for what they thought was right—to end the Vietnam war, for civil rights, for whatever they passionately believed in.

Then something happened. Somewhere along the way, most Boomers got caught up in climbing the corporate ladder. They bought their kids “stuff” in lieu of spending time with them. Terri Benincasa, host of Boomer Nation, recently said, “Boomers put out the water bowl and the litter box, then told their kids, ‘we’ll see you when you’re 18’.” Conspicuous consumption became the mantra of the 40-something Boomer. They became fat, rich and complacent. They seem to have forgotten how passionately they all came together for the greater good.

Today, many of them (the older Boomers in particular) have taken on the attitudes of their parents—that being “I’m entitled!” They’ve tossed their “for the greater good” ideals aside in favor of “for me.” We no longer have civil debates or friendly exchanges of ideas. Instead, we’ve chosen one side of the aisle over the other. The attitude has become one of “I’m right and you’re wrong, and there is no need for discussion; period.” Yet discussion (e.g., communication) is what’s needed if we are to become better informed about the issues in a logical, not emotional, manner. Put the emotions aside and try some common sense thinking for a change.

We shout “no more taxes,” yet we continue to ask for more—more Social Security benefits, more Medicare/Medicaid, better roads, better schools. More, more and better, better, but we appear to ignore the fact that someone has to pay the bill. When we are reminded of this fact, we say, “the government will pay.” Yet in practically the same breath we say, “we want less government.” What is this magic wand we call government? It is composed of people we have voted into office.

So, Boomers, make up your minds who you are, what you believe in, and then decide that you will stand up and be counted. Or, would you rather continue to roll over and play dead because it’s easier?

We tend to make judgments and decisions based on the last thing we hear—be it on the local evening news, from our politicians, or whomever. We make decisions based on fear, and that’s exactly what our elected officials want—because a fearful electorate is a manageable one. It’s time to get off the couch, stand up and be counted. It’s time to get informed (learn what the real facts of the issue are, and the story behind the story), and then make up your own mind. We can no longer let those elected officials look upon us as an apathetic herd.

John Lennon once said, “The thing the sixties did was to show us the possibilities and the responsibility that we all had. It wasn’t the answer. It just gave us a glimpse of the possibility.” Boomers—remember who you were and how you felt when you were speaking out for the greater good—then do it again!