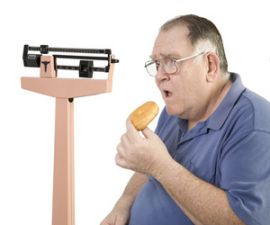 Everything is connected. Change one thing and you end up changing all. Highly complex it may be, but give the human body the right information, and it remakes itself right.

However, you have to face the preference—especially in the media—for simple “clear” answers to complex issues. Simple, seemingly sensible answers often create unintended consequences:

• Rabbits were introduced into Australia in the 19th century as a food source and for sport hunting. They destroyed innumerable species, their presence an ecological disaster to this day.

• Lithium was first used medically in the U.S. during the 1940’s as a salt substitute for heart patients (“would you like some lithium on your steak, sir?”). Uncontrolled “salt substitution” provoked kidney damage and many deaths. For decades the U.S. remained a laggard in using lithium for mood disorders.

Some mistakes we like to make again and again, even if we don’t have to. Let’s look at one national obsession: weight and waistlines.

Americans are obsessed with overweightedness. By present national standards about 2/3 of adults are overweight. The level of childhood obesity continues to push upward. Relatively soon 30% of the population may become diabetic—further bankrupting our tattered medical care “system.”

A series of simple answers have been proposed out for this monumental problem. Let’s trot out a few:

Just eat less calories. If people just counted calories and knew what they were taking into their mouths, everything would work. Except that won’t happen. Some reasons include:

If people would just exercise they would all lose weight. Reasons why this doesn’t happen include:

If people just slept enough they would weigh less. It’s not quite clear things are some simple:

There are of course others factors in national overweightedness. They include:

Despite our desires, simple answers don’t necessarily fix complex systems. What answers do?

Cutting Through the Clutter

Humans bodies regenerate to survive. Most of your body is new in 3-4 weeks. Life is fast. It’s time to use that knowledge to your advantage. So ask yourself the regeneration question—what am I doing this minute, hour and day to regenerate myself? You then apply the answers to the matter of weight:

• Cuisines as varied as the Mediterranean diet and East Asian diets are associated with greater weight control. To properly regenerate, and control weight:

• Physical Activity—the trick here is to make ordinary activities effortful. Exercise is any use of voluntary muscle. So:

• Learn to rest. Recognize that regeneration remakes you and is necessary for life. Just like food, you need sleep and rest to survive. Try to protect your sleep time to an amount resembling the hours you need to feel alert and whole. Turn off electronic devices before you hit the sack. If you’re a shiftworker learn the skills of napping.

• Food policy is health policy. Lots of people are hurting. They don’t have much money for food. The cheapest, government subsidized foods are frequently obesogenic. We pay for them now with government subsidies—and we’ll really pay through the nose later, when the health care bills of obesity and diabetes come through.

But there’s lots you can do on your own. Recognize that everything is connected. Unacknowledged connections have often paved the way to our obesity epidemic.

But other connections can help you. So follow physical activity with mental activity. Make your work, play and pleasures social. Cook with friends and family and stroll afterward. Take morning walks. Dance with friends.

The real trick is to use your body the way it’s built. You’re not a machine—you’re a living, loving, regenerating person.

Regenerating yourself is more than healthy. It’s also a lot of fun.