Tuning In, Tuning Out - Retirement Net by Lin Schreiber

Tuning In, Tuning Out

To create a happy retirement, learn to listen to yourself 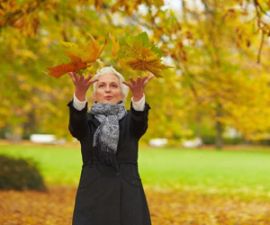 Up to this point in our lives, we’ve lived pretty externally. We’ve gone for some or all of the following: education, career, money, marriage, kids, house, new careers, bigger houses, etc. And, that’s okay. But, if you’ve been making transition decisions all along based on externals (should’s, have-to’s, taking the path of least resistance, and living up to other’s expectations), then you’re headed in the wrong direction for this next transition.

As you move forward this time, you have a choice: business as usual (with the same less than thrilling result), or do it differently and end up with what you really want in your life. To do it differently you’ll want to take an internal journey. You’ll tune in and discover who you are and what would bring the most meaning to your life. And ask yourself, what if this time:

You went for what you want, desire, yearn for, and what would fulfill you and bring you the most joy?

You got to bring all of you—not just the most “appropriate” parts—to what’s next?

You stopped waiting to weigh less, or know more, or some other excuse, to start living your life?

To truly revolutionize retirement, you’ll have to tune out the advice that’s screaming at you from these five sources:

1. Conventional Wisdom. Traditional conventional wisdom tells us that it’s time to rest and play, take it easy, and ride off into the sunset. It insists that if we just have enough money, retirement will take care of itself. It whispers that this is the beginning of the end. Well, personally, I’m not ready to cash it in just yet, thank you very much. And, I’ll bet, you aren’t either. So ignore the old Conventional Wisdom, and model a whole new way of thinking.

2. Financial Advisors. Let me be perfectly upfront. I have nothing against financial advisors. My experience, though, is that many of them are listening to the old Conventional Wisdom on money. They don’t realize that those tired old formulas (you know, the ones that tell you that you’ll need 80% of your current income to maintain your current lifestyle) are, well, tired and old and no longer fit many of us. They don’t see that we’re earning longer, creating exciting new careers (and revenue streams), and most importantly, figuring out how we want to live and then figuring out how much money we’ll need.

3. Friends. They mean well, but friends often project their fears and limiting beliefs onto us and can bring us crashing down if we let them. Take my client, Jane, who at 61 was “downsized” by her company, but in no way was ready to retire. So, she took the bold step of following her dream of becoming a life coach. Since confidence builds more confidence, it wasn’t long before she decided to take an even bigger leap and moved to Asheville, North Carolina—another lifelong dream.

Interesting that just as Jane was beginning to soar, some of her friends tried to shoot her down. Her friends where she was living didn’t want to lose her, and her friends where she grew up wanted her to come “home.” Jane knew instinctively that staying would have kept her stuck; and going home, for her, would have been moving backwards. Jane listened to her heart, and now she’s living her dreams. The best part? She’s combined her coaching and everything she learned from her big move into a fabulous new business called Relocating Single.

4. Families. They also mean well, but families don’t really know what’s best for us. Take Rachel, a widow, who is newly retired and selling her house. Her grown kids were pushing hard for her to move into a retirement community, but at 65 it just didn’t feel right to Rachel. Instead, she followed her heart and embarked on her lifelong dream of traveling in India and told the kids she’d “think about” the retirement community when she returned.

5. Spouse/Significant Other. Here’s what I see over and over again at my Boot Camps with many of the women who come with their partners. Instead of playing 100% for themselves, they spend the weekend focused on and worrying about their other half, waiting for them to figure out what they want and then sort of following along. When I work with couples, I insist on working first with each partner individually to discover what they really want, then bring them together to see where the touch points are and help them negotiate the rest.

The best way to revolutionize retirement is to commit to doing this transition differently than any that have come before. Start by tuning in to your heart, and tuning out the rest.