The Price is Right - Retirement Net by Jan Cullinane

The Price is Right

Selling your home? Here's how to find the magic selling number. 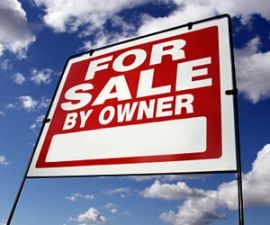 Thinking of selling your home when you retire or relocate? Recent research may help you determine an asking price. A Cornell University study, led by marketing professor Manoj Thomas in September 2007, found that people are willing to pay more for a home if the listing price is exact—that is, rather than trying to sell your home for $425,000, list it at $424,475. Why does this work? There is psychological benefit to precise numbers—people tend to think numbers that end in digits are smaller than those that end in lots of zeroes. The study included reviewing almost 30,000 home sales in areas of Florida and New York, and Thomas and his research team found having one terminal zero in the listing lowered the sales price by about .72 percent, and three terminal zeroes by .73 percent (these results pertain to homes sold in South Florida).

Another factor that plays a role is the price point people have in mind when they are considering purchasing a home—if they feel that $425,000 is their limit (potential buyers often think in terms of increments of $25,000, $50,000, or $100,000 when determining what price they can afford), a home listed at $424,475 will pop up on more Internet sites when people are doing research since prices are often listed in ranges.

How about prices ending in nines? You're already familiar with the popularity of advertised prices such as $25.99—this is called psychological pricing, and is based on the belief that consumers subconsciously ignore the digits in the cents column, and fractional pricing may lead potential purchasers to conclude that the item is priced very competitively. (The researchers in the Cornell study didn't include home prices that ended in nine because of this psychological pricing theory.)

So, if you're a seller, consider this research when determining the listing price of your home; and if you're a buyer, be aware of the results of these studies. Hmm…now I know why my book retails for $19.99—psychological pricing!