The Pleasures of Providence - Retirement Net by Carol Sorgen

Home  »  Articles  »  The Pleasures of Providence

The Pleasures of Providence

Is it a thriving cultural center, or a charming small town? 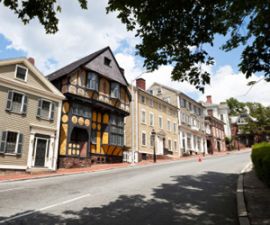 “Providence,” the TV series, is no longer on the air but that’s even more reason you should plan a visit to see the real thing—a city that has enough attractions to keep any urbanite happy, but with a small-town feel that makes you instantly feel right at home.

I’ve been to this northeastern city, the capital of Rhode Island, several times and I never fail to be won over by the friendliness of its residents, the top-notch caliber of its thriving arts scene—from galleries to museums to professional theater—to its first-rate restaurants—and just about all within walking distance from any downtown hotel.

If you remember your American history classes, Providence was founded in 1636 by Roger Williams as a “lively experiment” in religious liberty and separation of church and state. Williams named his new home “Providence,” in thanks to God for protecting him during his exile from Massachusetts.

Early on Providence was a major seaport in the New World, but by the 1970s, this once thriving industrial center (which has been the jewelry manufacturing capital of the U.S. since the 19 th century) had fallen on hard times, hit by both hurricanes and general neglect.

In the late ‘70s though, business and government leaders started upgrading the infrastructure of the city, the centerpiece being the development of the area around the two rivers—the Moshassuck and Woonasquatucket—that run through downtown. Today, the rivers are edged by cobblestone walkways, park benches, trees and flowering plants, and bisected by a series of graceful Venetian bridges that connect downtown Providence to the east side of the city (where you’ll find Brown University).

The centerpiece of this revitalized district is WaterPlace Park, which features a stone-stepped amphitheater for summer concerts, and is also the starting point for Providence’s world-famous WaterFire, a multi-sensory art installation of 100 bonfires winding along the city’s rivers.

With the urban renewal sparked by the riverfront development, the city continued to move forward, constructing the Rhode Island Convention Center in 1993, the Providence Place Mall in 1999, and many elegant new hotels and acclaimed restaurants.

One of Providence’s many advantages is that it’s easy to get around—you can walk almost any—and every—where, but the convenient trolley system—the Providence Link—can whisk you from one side of town to the other in just minutes. Buy a full-day pass and hop on and off the trolley, or any of the city’s buses, as much as you want.

Providence offers something for everyone—from arts lovers to sports fans to children. Here are a few of my favorites:

The RISD Museum of Art, part of the Rhode Island School of Design, houses more than 80,000 works of art from antiquity to the 21st century. The museum also offers special exhibitions, lectures, tours, concerts and other programs.

The Roger Williams Park Zoo is the third oldest zoo in the country, having opened in 1872, and is one of the city’s prime attractions. The 40-acre zoo has nearly 1,000 animals, many—such as the Masaii giraffe, the African elephant, and the cheetah—roaming through natural settings.

Roger Williams Park, designed by Horace Cleveland, one of the same landscape architects who created New York’s Central Park, has been cited by the National Trust for Historic Preservation as one of the country’s most outstanding urban parks. Its 430-plus acres include waterways, walks, outdoor gardens, a Carousel Village (ideal for a break with the kids who can enjoy a vintage carousel, pony rides, themed miniature golf course and kiddie go-boats), Museum of Natural History and Planetarium, and the Zoo.

The Providence Athenaeum, one of the country’s oldest libraries and cultural centers, dates back to 1753. The building, constructed in the Greek Doric temple design, houses rare works including an extensive collection of travel and exploration books by Robert Burns and the seven volumes of the original double Elephant Folio edition of John Audubon’s “Birds of America.” One of the Athenaeum’s more famous patrons—Edgar Allen Poe, who frequented the library while in Providence to court Sarah Helen Power Whitman.

Benefit Street, often called the “Mile of History,” is said to be the most impressive collection of original Colonial homes in the U.S. It boasts 200 18th and 19th century buildings, brick sidewalks, and antique gas lamps. If you’re a history buff, you’ll recognize the names of many significant Colonial figures on the plaques that note the house’s original owner and construction date.

The John Brown House, home to John Brown—businessman, patriot, politician, China trade pioneer, and slave trader (for whom Brown University is named)—was one of this country’s grandest mansions when it was built in 1788. Trained guides provide informative and entertaining hour-long tours through the restored mansion.

Wickenden Street and Thayer Street are two of Providence’s trendy shopping areas. Wickenden, on the edge of downtown Providence, is located near RISD, and is the place to go if you want to poke into galleries, antique shops, funky bistros and coffeehouses. Thayer Street, on the edge of Brown University’s campus, is home to bookstores, hip boutiques, restaurants, coffee and teahouses, and a movie theater that features independent films. (For more shopping, don’t overlook Providence Place Mall either, which is connected via a Skybridge to the Westin Hotel, which in turn, is connected to the Rhode Island Convention Center. Providence Place is anchored by Nordstrom’s and Filenes, and also has specialty shops and boutiques—some national chains, some unique to the city, restaurants, a 16-screen movie complex and a 400-seat IMAX theater. If you’re really a mall devotee, you’ll also want to stop by The Arcade, the oldest indoor shopping mall in the country (built circa 1828), which is now a National Historic Landmark.)

WaterFire, Providence’s popular multimedia fire installation by longtime resident and artist Barnaby Evans, is a must-experience event if it takes place when you’re in town. Originally an experimental art installation, WaterFire is now the number one free tourist attraction in the entire state of Rhode Island —and you’ll definitely see why when you get there. At dusk on select evenings throughout the year, approximately 100 wood-filled braziers floating on Providence’s city rivers are lit on fire. You can enjoy the spectacle from the walkways along the river, or you can take a gondola ride for an “up close and toasty” (especially welcome on the chilly autumn evening when I was there!) experience. Speakers hooked up under the bridges set the mood with varying musical tracks.

Gallery Night Providence takes place on the third Thursday of every month from March through November when 27 of the city’s arts/crafts galleries stay open until 9 p.m. and host new exhibitions, artist talks and demonstrations, live music and informal discussions. Take the “Art Bus” that goes from gallery to gallery or join one of the Celebrity Walking Tours which focus on the personal opinions of the individual tour guides. With Providence being home to the talented students and faculty from RISD, you won’t want to miss this aspect of the city’s thriving visual arts scene.

Providence is easily accessible no matter how you choose to arrive. I flew (Southwest offers daily nonstop flights from my home airport, Baltimore-Washington International), while my friend took the train from her home in New Jersey.

There are any number of lodging choices—from B&Bs to small boutique hotels to larger, contemporary hotels. We stayed at the Providence Biltmore, one of the city’s landmark hotels. First opened in 1922, it was designed to re-create the era and elegance of the Vanderbilt Biltmore Estate in North Carolina . The hotel is located just a short walk from both Providence Place Mall and Kennedy Plaza, where you can pick up a city trolley or bus. It has recently been renovated and our junior suite was both stylish and comfortable with separate living and bedroom areas (hotels seem to be paying a lot of attention to beds these days, and the Biltmore’s no exception!). There’s a McCormick & Schmick’s Seafood Restaurant in the hotel lobby, where we enjoyed a delicious dinner of planked salmon the first night we arrived; you can also have breakfast and lunch there, and if you can’t leave without a cup of coffee in hand, there’s a Starbuck’s connected to the lobby (with free Internet access if you buy something to eat or drink). A new Elizabeth Arden Red Door Spa is also a treat—a massage after a long day of walking around the city (which, surprisingly, is hillier than you might think) is welcome.

Providence is also home to a number of outstanding restaurants. Two of my favorites are Mediterraneo, in the city’s Italian Federal Hill neighborhood (you’ll know you’ve arrived in Federal Hill by the pineapple—signifying hospitality—above the neighborhood’s arched gateway), and CAV, one of the most stylish restaurants I’ve seen. Located in a historic loft with brick walls and 12-foot ceilings, CAV is a restaurant/gallery with objects from around the world, including handwoven kilim rugs adorning both tables and walls, handmade oil lamps, African sculptures, and Asian bronzes—what’s more, everything is for sale, so you can eat and shop all at the same time (my kind of place!).

To plan your trip to Providence, visit these websites: 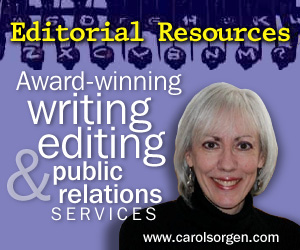