How naps can restore and rebuild. Part 1 of 2. 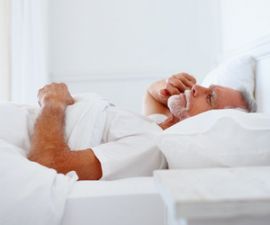 Naps are back in the news. Air traffic controllers, pilots, truck drivers, and your average citizen are falling asleep in droves – with sometimes fatal results. For a chronically sleep deprived population, can naps restore and rebuild?

Yes. Naps can return function to many sleepy people. But rest’s capacity to rebuild and regenerate the body has limitations. So here are issues to consider before trying out your perfect nap:

What’s the purpose of your nap? Undergraduates, professional athletes, and shift workers have different requirements from naps.

Shift work is one place where naps are remarkably useful. Humans are built to sleep at night; shift workers work at night. Something has to give.

Shift workers on night shift will often take a nap of half hour to an hour in the evening before starting their shift. Many will then try to get brief naps during the night whenever they can.

In some cases, shift workers can take long naps at night. This can be helpful when there are others around to perform any necessary and emergency efforts. However, longer naps get people into sleep inertia, which can make them non-functional for a while (see below). The result is many times shift workers get cat naps of 10-20 minutes.

Oddly, “too much” sleep at night will sometimes interfere with shift workers’ ability to sleep the morning following night shift.

For ultramarathons and cross nation races, who stays awake longest generally has the best shot at winning.

For events like international single person yacht races, the winners have been shown to be fantastic cat nappers. Particularly during nights, they will sleep in 15-20 minute increments, get “up” and check their position , wind speed and direction, make course corrections and then return to sleep. Generally the winners of these races of 2-4 weeks are averaging 4 hours of sleep per 24. How much of their brain is actually awake has not been actively studied, but recent animal work argues that not all of their brain will wake up as they do their course corrections – some groups of neurons probably remain in slumber.

Americans may perform relatively well sleeping 7 hours or more each night, but many are getting 6 hours or less. For this group, short naps of 10-20 minutes, particularly in the mid late afternoon, can prove very helpful. To make sure naps do not go too long, try kitchen timers. With practice, many people can lay down for 15 minutes and sleep most of that time. The benefit is far greater alertness and considerably more productivity the rest of the work day. The NASA study done by Mark Rosekind and company showing that pilots who napped 26 minutes (they were allowed 40) had an improvement in performance measures of 34% and an increase in alertness of 52% is just one of many demonstrating improved performance with short naps.

Many people try to nap over the weekend, having very short sleep nights during the working week. The standard “Sleeping in” routine of going to bed late Friday and Saturday night and sleeping far longer on Saturday and Sunday mornings unfortunately tends to desynchronize body clocks.

Monday morning is the peak time of death in the US, with heart attack rates increasing as much as 5 fold. So sleeping in weekends probably creates more health problems that taking weekend afternoon naps.

Moreover, short naps will not cause sleep inertia. Making up for lack of sleep over the work week makes weekend naps (which for many workers will not be the traditional Saturday-Sunday weekend) one of those relatively protected areas where long naps can help. Many students, particular in East Asia, take very long naps of 2-3 or more hours over the weekend.