The Key to Aging? - Retirement Net by Jan Cullinane

The Key to Aging?

What are telomeres and why are they important? 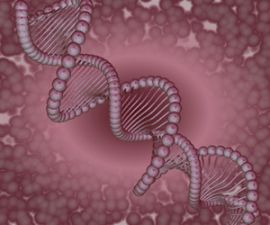 You probably recall from basic Biology that our genetic material is called DNA (deoxyribonucleic acid). At the end of our DNA strands (called chromosomes) there are little caps, like the plastic tips at the end of our shoelaces that protect our chromosomes from fraying and deteriorating. These are called telomeres.

Every time a body cell divides it needs to make another complete copy of its DNA, and when this happens, the telomere shortens a bit; when telomeres become too short after a number of cell divisions, it affects the cell’s ability to make more copies of its DNA, and the cell dies. This exciting information about telomeres has led to much investigation—it’s thought that telomeres might be the key to aging, and if we can make our telomeres longer and stronger, we’ll have a lengthened lifespan—and a healthier one. Research shows that shorter telomeres increase the risk of cancer. The 2009 Nobel Prize in Medicine was awarded to researchers who studied telomeres.

Guess what? We can strengthen and lengthen our telomeres—through exercise, lower stress, and proper eating. The American Journal of Human Genetics and the Archives of Internal Medicine reported that moderate exercisers had telomeres that looked about five years younger than non-exercisers; those who exercised vigorously for about three hours a week had telomeres that looked nine years younger. And, studies found that women (sorry, the study was only done with women) who felt they were under stress had telomeres that appeared ten years older than those who controlled their stress levels. Certain foods, such as those containing high levels of Omega-3 (such as wild salmon, mackerel, and nuts) also lengthen telomeres.

So… exercise, eat well, and keep stress in check. We’ve all heard this advice before, but sometimes seeing how it actually can help at the cellular level can make a difference in behavior.