The Hidden Hazard of Salt - Retirement Net by

The Hidden Hazard of Salt

Not too much of it...too little of it causes serious health problems 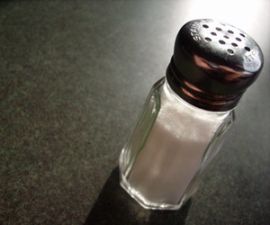 Audrey Baker grew up watching her mother put table salt on nearly everything—steak, potatoes, even gravy. Believing the nutrition myth that salt is bad for health, Baker sometimes scolded her Mom for her salty, old-fashioned ways.

As an adult, Baker carefully monitored what she ate, putting herself on a low-salt diet with lots of water. But one day at home, she became light-headed. Her heart raced, her chest pounded. She called 911 and was rushed to an emergency room.

The problem: hyponatremia, a more-common-than-you-might-think condition in which the blood level of salt (sodium) in your body becomes abnormally low.

"That’s when I realized my body does need salt," says Baker. "They gave me a saline solution drip with sodium in it. It perked me right up. I felt terrific."

Baker isn’t the only person surprised to learn that salt is an essential nutrient. In many ways, it’s this simple: without it, you die; with it you can thrive. Still, controversy remains about the best level of sodium in our bodies. Baker’s experience illustrates an important message when it comes to low-sodium diets: Don’t assume a low sodium diet is beneficial to everyone in general and to you in particular. Also, don’t adopt a low-sodium diet until you’ve discussed its potential risks and benefits with your doctor.

A May 2011 study published in the Journal of the American Medical Association (JAMA) confirmed that cutting back on salt can indeed be hazardous to your health. More specifically, the study found that even modest reductions in salt intake are associated with an increased risk of cardiovascular disease and death.

The study debunks claims made by anti-salt advocates that a population-wide reduction in sodium consumption would benefit public health. In their conclusion, the study’s authors were clear, if not blunt, that trying to get everyone to cut back on salt is a bad idea: "Taken together, our current findings refute the estimates of computer models of lives saved and health care costs reduced with lower salt intake. They do also not support the current recommendations of a generalized and indiscriminate reduction of salt intake at the population level."

This is hardly the first medical study at odds with the conventional wisdom of the anti-salt movement. Other studies show:

Low-salt diet leads to higher mortality: An examination of the largest U.S. federal database of nutrition and health (NHANES), published in the Journal of General Internal Medicine, found a higher rate of cardiac events and death with patients put on low-salt diets -- a result perfectly consistent with the latest study.

Risk of diabetes: A 2010 Harvard study linked low-salt diets to an increase in insulin resistance, the condition that is a precursor to Type 2 Diabetes. Recent studies out of Australia show that individuals with type I or type II diabetes die in much greater numbers when placed on a salt restricted diet.

Falls, cognitive problems among elderly: Because of declining renal function in the aging body, the kidneys retain less sodium. Recent studies have shown that elderly people with hyponatremia have more falls and broken hips and a decrease in cognitive abilities.

No one has to convince Baker about the dangers of a sodium-restricted diet. Working with her doctor, Baker has changed how she eats, choosing products with sodium throughout the day and, yes, using table salt, just as her mother used to.

"It depends what your particular health situation is and what your doctor advises," says Baker. "But I know from personal experience that your body does need a certain amount of salt, and it can be harmful to you if you don’t consume enough of it."