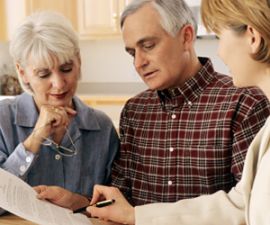 This is the first piece of a two-part article delving into 10 things you probably didn’t know about retirement plans. While many of the rules applicable to retirement plans are easy to remember, there are some important ones that are not always at the forefront of your thought process, and may impact your financial well-being. We present some of those here, and will follow up with others next week.

1. Contribution Eligibility Rules and Minimum Distribution Requirements Vary Greatly
Traditional IRA contributions are prohibited beginning in the year the IRA owner attains age 70½. This is the same year for which required minimum distributions (RMDs) from an IRA must begin.

Individuals over age 70½ who still work and participate in a 401(k) plan may continue to make contributions to the plan and are not required by law to start taking RMDs from it until the year they retire (a plan may require payments to begin at age 70½, but such payments would be eligible for rollover into an IRA.) The delayed RMD commencement provision does not apply to individuals who own 5% or more of the plan sponsor (ownership positions of certain family members, including a spouse, children, and other lineal descendants and ascendants must be aggregated when determining the percentage of ownership.) These folks must follow the general rule and begin taking RMDs by April 1 of the year following the year they attain age 70½, regardless of whether they are still working at that time.

Other rules apply to individuals over age 70½ who are active in a Simplified Employee Pension Plan (SEP IRA) or Savings Incentive Match Plan for Employees (SIMPLE IRA). Employer contributions can continue after age 70½, but participants must also begin taking RMDs at that age (the delayed RMD commencement date referred to above for 401(k)s does not apply here.)

Roth IRAs add more wrinkles. First, contributions can be made after age 70½ as long as the account owner has eligible compensation. Second, the RMD rules do not apply during the owner’s lifetime.

2. Two Classes of Retirement Account Beneficiaries
One provision of The Pension Protection Act of 2006, as articulated through IRS notice 2008-30, creates a divide among classes of non-spouse beneficiaries. Non-spouse beneficiaries who inherit assets in a company sponsored retirement plan can convert the assets directly to an inherited Roth IRA, while those who inherit a traditional IRA cannot. This seems inherently unfair (no pun intended), but the rules are the rules.

3. Discretionary Trusts May Lead to Unforeseen Problems
If an IRA is left to a discretionary trust, both the income and remainder beneficiaries must be considered when determining the appropriate life expectancy factor to use in calculating RMDs following the account owner’s death. In many cases a charity is named as a remainder trust beneficiary and since a charity is not a “designated beneficiary” it has no life expectancy factor associated with it. This means the IRA would have to be distributed to the trust under the rules that apply when no designated beneficiary exists. So, if death occurs before the owner’s required beginning date (RBD), the account would have to be completely withdrawn within 5 years. If death occurs after the RBD, then the account would have to be withdrawn over the deceased IRA owner’s remaining single life expectancy, as determined immediately prior to his or her death.

4. Keogh Plan May Not Be as Safe as You Thought
Many self-employed professionals (e.g. doctors and lawyers) have Keogh Plans which they keep in place long after they’ve retired. Often, they cite protection from creditors as the prime reason for keeping their retirement funds in the plan. However, Keogh plans in which business owners (and their spouses) are the only participants do not have the same protection from creditors that is afforded to other qualified plan participants under ERISA. Instead, they receive creditor protection at the state level and, depending on the governing law of their applicable state, may be subject to the claims of creditors. Also, if a professional mentioned above is retired and their business is no longer an ongoing entity, no plan sponsor exists. In these cases, the plans must be terminated and the assets should be rolled into an IRA.

5. Roth Conversion Rules
Since 2010, anyone can convert their IRAs or company plan funds (when you are eligible to take a distribution) to a Roth IRA. All conversion restrictions have been permanently repealed, at least until such time as they change again! Also, you do not need earnings (like you do to contribute to an IRA) in order to convert.

Finally, a conversion can be done at any age and can be partial in form. Unlike marriage, a conversion is not an all or nothing proposition.