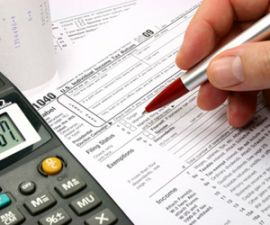 States will likely be forced to consider further spending and revenue actions in 2010 and will confront large gaps when federal stimulus assistance ends in 2011.

When making a tax decision on converting a traditional IRA to a Roth IRA you should consider your personal income tax situation: will your tax rate be the same, lower or higher in the future? If the answer is the same or higher, conversion might be appropriate for you. If conversion is appropriate for you in 2010, then you must consider what tax rates will be in 2011 and 2012 and what your personal income tax bracket may be. Will they be higher?

Income tax rates, however, are only one important consideration in deciding to convert from a traditional IRA to a Roth IRA.

Ed Slott and Company has been called "The Best" sources for IRA advice by The Wall Street Journal, and "America's IRA Experts" by Mutual Funds Magazine. Ed is a widely recognized professional speaker and author. The company’s website is IRAHelp.com.