Tax Laws to be Thankful For

Give thanks now, because they might not be around for long. 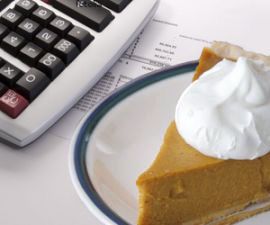 Thanksgiving, a day in which we are supposed to take pause and give thanks for all that is good in our lives, is now almost here. Hopefully, there is much in your life to give thanks for this year, but if you are searching for a few additional reasons to be thankful, we’ve got some for you. Below is a list of 5 favorable tax provisions you should be thankful for now, because in all likelihood, they won’t be around much longer.

1. The highest federal income tax rate is “only” 35% this year. Barring any Congressional action, that’s set to return to 39.6% in 2011. Even the second highest rate, 36%, will be higher than what is currently the highest rate.

3. This year, no matter how much income you make, you are entitled to a personal exemption for yourself and anyone else you claim as a dependent. Yep, that’s right… this year even Bill Gates, Warren Buffet and all your favorite A-List celebrities can claim the $3,650 deduction per dependent. Next year, the phase-out returns and many high income taxpayers will lose out on this deduction.

4. This year, there is no limit or reduction on total itemized deductions. Next year, a phase-out on these deductions returns and high income taxpayers will have these deductions reduced by 3% of the amount their adjusted gross income (AGI) exceeds certain thresholds.

5. In 2010, anyone who converts their IRA (or other eligible retirement account) to a Roth IRA is able to split the income from that conversion equally over 2011 and 2012. They can also choose to opt out of this provision and include all the income from their 2010 conversions in 2010. This is a special rule only for 2010, so the deal ends soon. In order to be considered a 2010 conversion, the funds must be distributed from the IRA (or other retirement account) by December 31, 2010.

See, who knew there was so much to be thankful for this year! From all of us here at Ed Slott and Company, we wish you a happy, healthy Thanksgiving and hope that there is much in your life to give thanks for.

Ed Slott and Company has been called "The Best" source for IRA advice by The Wall Street Journal, and "America’s IRA Experts" by Mutual Funds Magazine. Ed is a widely recognized professional speaker and author. Get more IRA information from America’s IRA Experts.