Taking a Different Route to Diabetes

Having a poor diet isn’t the only way to wind up diabetic. 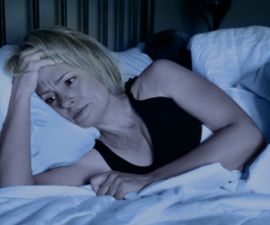 Paula Deen may be getting the headlines, but diabetes is a threat to America’s health—and to our economy. If present trends continue—in some ways things are getting worse—perhaps one third of Americans will become diabetic by 2030.

Diabetes means that our main fuel source—glucose—is out of whack. The problems it causes are numberless—heart attack and stroke; blindness and loss of limbs; sleeplessness, fatigue, and lack of productivity.

Much of the blame for our increasing diabetes numbers is placed on our national obesity epidemic. Indeed, type II diabetes—what used to be called “adult onset” until it started showing up in many kids—is considered primarily weight related. Type I diabetes is mainly felt to be autoimmune—something kills off the cells in the islet of Langerhans comfortably pouched inside the pancreas.

Here’s one you may not be aware of: sleeping less.

Sleep Your Way to Diabetes?

Much research recently has gone into demonstrating how sleep loss deregulates glucose control. Admirably performed by Dr. Eve van Cauter and her group at the University of Chicago the data have shown convincingly that sleep interruption—even relatively brief—markedly disrupts insulin and glucose control.

But what about in normal populations?

The Sleep Heart Health Study, with parts performed at Boston University, looked at people aged 53-93 in the population, their breathing, sleep, and heart function. Who got diabetic? People who slept less than 6 hours a night. For these people, the rate of diabetes increased 60-70%. Sleeping less than 5 hours a night? Diabetes rates became 2.5 times as great.

Certainly there are healthy people out there who normally sleep 3-4 hours and have no health problems. Their bodies are built to sleep little and simply need less sleep than the rest of us. But they’re pretty rare.

For much of the population sleeping less than 7 hours a night is routine—absolutely normal. And that is not necessarily the total amount of sleep. Most people apportion time in bed as sleep time.

Which is not their actual amount of sleep. Even “perfect” sleepers may sleep only 95% of their time in bed—or less. It’s normal for the body to wake up 15-20 times a night—and for people not to recognize it. We normally have to be up around 6-7 minutes to remember being awake.

So the amount of sleep you think you actually get may not be accurate. My personal record—a woman who walked out of the sleep lab and thanked us for her “best sleep” in 4 years. She claimed she did not awaken once. She actually woke up 1200 times. Her longest period of sustained sleep—90 seconds.

And then we come to shift workers.

Shift workers often take away the letter f when describing their work. Humans are not built well to work through the night.

We’re even less well adapted to swing shifts. Yet they are common today in America—especially with 24/7 job demands in an economy where jobs are scarce.

Do shiftworkers have more diabetes? Apparently—along with more heart disease, strokes, hypertension, weight gain, and depression. Lack of proper sleep is a systemic problem for the body.

Human bodies are complex information systems. One element does not necessarily “cause” another—but interacts with many other body systems to potentially cause multiple troubles.

So it makes sense than sleeping less than 6 hours increases your rate of diabetes. Not getting enough time to regenerate basic cells and organs has an impact on your ability to control energy metabolism.

Plus a lot of other things.

To protect your health you have to do some basic things. First is use your body the way it’s built. We’re built to sleep.

Lots of Americans are sleeping around 6 hours—or a little more—each night. But that level of sleeping may be a big mistake—especially for our internet attached young folk, who need far more sleep to function than adults—particularly for the learning required by their rapidly reorganizing brains.

Diabetes is a real scourge. Even people who don’t weight much—especially Asians—are increasingly experiencing it these days. Preventing diabetes involves moving, eating whole foods, having a reasonable program of eating, physical activity, and rest throughout the 24 hour day.

People should be strongly encouraged to do what they can to not become diabetic.

Protecting sleep time looks like a reasonable price to pay.