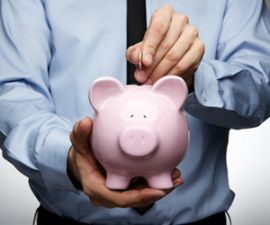 Has the economy soured Americans’ views on retirement? A recent survey from brokerage company TD Ameritrade may have revealed just that.

According to the survey, a wide range of emotions currently exist among different generations regarding retirement—spanning from positivity and contentment to anxiety and regret. The following highlights each generation’s views on retirement:

Matures—Even with half making cutbacks or lifestyle changes, current retirees are relatively satisfied with their place in life and maintain a positive outlook.

Baby boomers—As the reality of retirement for boomers grows closer, this generation’s outlook remains bleak, with many having feelings of anxiety or regret over their finances.

Generation X—This generation is the least confident in their approach to saving for retirement and meeting their retirement savings goals. They generally feel embarrassed, frustrated and envious regarding retirement.

Generation Y—With retirement so far away, Gen Y feels out of control and is somewhat disinterested in saving; yet they, more than any other generation, are optimistic that their financial state in retirement will be better than it is now.

So why are Americans reporting such a dismal outlook? The survey found that retirement saving has been anything but easy in recent years, with 73 percent of Americans reporting they have faced obstacles while saving for a comfortable retirement—such as lack of employment, debt and education or health care expenses.

“While these sentiments are understandable, it’s important not to let emotions get the best of you,” said Lule Demmissie of TD Ameritrade. “Pre-retirees should determine how much of their outlook is actually rooted in reality. For example, two-thirds of those already in retirement report they have not had to make dramatic changes to their lifestyles and are generally content. With a solid plan in place, younger generations may not be as doomed as they think.”

Despite these beliefs, pre-retirees are taking action and making an honest effort to save for the future. In fact, 53 percent of respondents report they save regularly through automatic withdrawals. Gen X and Gen Y are also learning from the experiences of previous generations, saving for retirement nearly a decade earlier than matures and baby boomers. Respondents who are married, particularly men, are also positioned well and report being optimistic about retirement, with many reporting they are saving regularly, have fewer savings obstacles and established a specific savings goal.

The following tips can help Americans get their retirement plans back on track in 2012:

1. Evaluate your current financial situation Whether you are starting from scratch or have some plans in place, the first step is to take a closer look at where you stand financially.

2. Establish your plan Once you know your financial state, you can determine next steps for building your plan.

3. Act! Once your plan is in place, make sure you follow through. Consider setting up automatic withdrawals and funding all retirement savings and investing vehicles according to your overall plan. Once you get your plan in motion, you will have taken steps to pursue your retirement goals.