Our relationship to legal medications is fundamentally dysfunctional 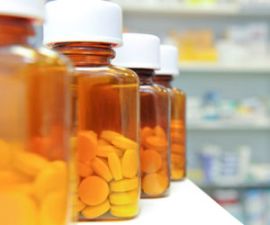 “If you’ve died from this drug, call this number!”

Have you heard this TV ad? Considering a malpractice suit beyond the grave? It’s a contrast with the drug advertisments whose promises of vanquished suffering end with fast talking announcers spitting potential “side effects” including death and dishevelment, followed by the ever present legal catch—“ask your doctor.”

Yes, that’s my favorite—ask your doctor about the 176 possible side effects of the drug that costs 34 times as much as the one it claims to better—and which, under certain circumstances, it just might. And if in your afterlife you check the internet on legal recourse, lists will appear, columned by each individual drug deemed harmful, indexing the many legal teams at hire. There are also stimulating stories of payouts, starting with $15 million or more, briefly describing the cases and adding details explaining how you, too, might win the drug lawsuit lottery.

How did we get into this mess that produces untold suffering, impedes effective health care, and costs our economy sacks of bullion and lost productivity?

Remember the days of “ethical drug companies”? That was before movies like the “Fugitive” where vascular surgeon Dr. Richard Kimble (Harrison Ford) is framed for his wife’s murder to prevent the public knowing the new cardiovascular blockbuster “Trivasic” causes liver failure. Sadly the film was prescient (if not quite a blockbuster) appearing years before the Vioxx scandal demonstrated how far some would go to hide data protecting billions in profits.

Things did not start out that way.

In the seventies and eighties, drug companies learned as did movie companies that “blockbusters” earned them so much money, especially in the superprofitable US market, that even lowly executives could buy a home in Palm Beach. The strategy was to spend the tens of billions of profit on R&D, and somewhere, somehow, a big new drug will come.

But the glory days did not last.

The vastly complex information system that is the human body suddenly seemed much harder to crack. Drugs that worked beautifully in the lab, superbly in animals, and admirably in early drug trials, turned out to have ugly side effects that washed all the costly efforts out to sea.The number of new approved drugs plummeted.

The companies fought back to retain profits and stock market confidence. Though they kept up massive spending on R&D, executives realized what could not be achieved in the lab might be achieved through marketing and lobbying. Individuals doctors were deluged with drug reps, who changed from experienced pharmacists and nurses to young people so pretty they could work as models or Hollywood starlets; the trend eventually became hiring upbeat college cheerleaders. Academic physicians, watching their research budgets decline, signed up to run drug company studies and then sometimes stayed on to become well reimbursed flacks who pushed the drugs they were researching to other physicians during orchestrated road shows. Such “opinion leaders” included a well known Duke researcher who told me during the last drug company lecture I ever attended that statins had “virtually no side effects” and could be used in “everybody”—and said it with a straight face. Statins can be incredibly useful, but that was baldfaced lying.

Then it was on to Congress, which not only passed a bill declaring that Medicare could not bargain with drug companies over price, legally mandating you and I to pay vastly more than anywhere else in the world, but also created a Medicare drug benefit that is now one of the major entitlements promising to eventually bankrupt Medicare and the federal government.

Government lobbying could go just so far. When Vioxx and Phen-fen and others turned out to have fatal side effects, most companies argued that fines and lawsuits were still far less than billions in profits—just another cost of doing business.

Where We Are Now

Americans’ love hate relationship with drugs is a hive of contradictions. We want our doctor prescribed drugs that work, but when they don’t we’re often furious—stuff that expensive should be as effective as the company ads say they will. We often turn to herbal supplements instead, which often are uncontrolled, have widespread side effects, frequently do not contain what they claim and are often marketed in forms to fool people into thinking they’re taking foods instead of drugs. Meanwhile the fascination with drugs has lessened reliance on non-pharmacologic therapies, as occurs in depression, as well as people’s self reliance on themselves to maintain health. I and many colleagues have met numerous patients claiming “I can eat what I want” because the statins keep cholesterol level low, as if cholesterol was the only one of the 700-800 cardiac risk factors that counted.

Instead we should recognize:

What should you do personally? When a doctor prescribes a drug, ask questions. Recognize that drug ads may neglect describing much less expensive generics that do the job. Understand that medical miracles happen more commonly in movies more than real life. Understand that illness is complex and difficult, a major failure of the body to regenerate itself, and often requires changes in lifestyle to overcome.

And eventually we can do what most of the developed world has done—develop committees on efficacy helping to decide whether national health services should pay for new drugs.

When you spend your money, you need to think about what you’ll get—all the costs.

And I understand the ad has already changed—“If you know someone who died from this drug, call this number.”

We should be using our heads—reviewing what we can about drugs by ourselves, and then calling the doctor.