It may sound counterintuitive, but it’s true. Part 1 of 2. 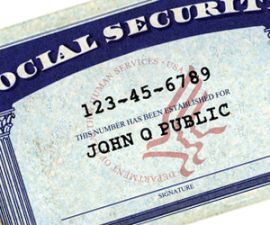 A recent report released by the Center for Retirement Research at Boston College shows that Social Security is one of, if not the cheapest annuities available. “Well that doesn’t make much sense” you might be saying to yourself. After all, you don’t “buy” your Social Security annuity payments right? You’re simply entitled to receive them after meeting certain requirements.

In this case, both sides have an argument. It’s true that once you’ve met certain minimum requirements you’re entitled to Social Security annuity payments without any further cost on your part. However, there isn’t just a single age when everyone begins to receive Social Security. Instead, there’s a range of ages during which you may begin receiving payments.

Depending on your year of birth, you may have any number of “full retirement” ages, but it’s generally somewhere between 66 and 67. Full retirement age is the age at which you are entitled to receive your “full” retirement benefit. You can choose to begin receiving Social Security retirement benefits before this time, as early as age 62, but if you choose to do so, your full retirement payments may be cut by nearly 25%. In contrast, you can also choose to delay taking payments until you turn 70. By opting to do so, you’re annual social security payments will increase. For those born in 1943 or later, that increase is 8% per year, and that doesn’t include any cost of living adjustments that may also kick in.

Remember, anyone born after 1943 would get an 8% raise (not counting any additional inflation adjustment) for doing so. As a result, at age 67 (one year after your full retirement age), you are now entitled to annual Social Security payments of $10,800 ($10,000 x 1.08 = $10,800). For simplicity sake, let’s say that at that time, you chose to begin receiving your Social Security payments.

According to the study, if you compare the cost of buying this annuity to other alternatives, you’re usually going to find it’s a less expensive option. Plus, unlike many other lifetime income options, Social Security payments are indexed for inflation, meaning that the additional $800 you receive will increase in future years along with the costs of goods and services, helping you to retain your purchasing power.