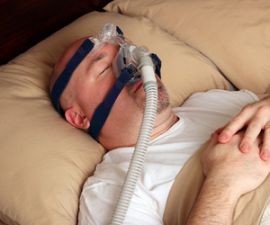 And snoring is often loud. It wakes up other people—particularly spouses, where it sometimes becomes grounds for divorce.

Not Yet Coming to a Hotel Near You

Crowne Plaza has recently received a lot of press for starting its own “snore patrols” and snoring absorption rooms, fitted with special soundproofing and white noise generators, as reported in Reuters. However, America so far has been left out. The snore patrols have only just started in a few British cities, and the snoring absorption rooms have been set up in Europe and the Middle East. We’ll have to wait to see if snore patrols represent a trend.

Why Are They Doing It?

Though the rest of the society does not yet quite get it, rest is critical to human regeneration—and overall function and productivity. Hotel guests kept up by snoring, as many spouses can attest, become unhappy, as they regard a good night’s sleep and a restful atmosphere as requirements from most any hostelry. People who sleep poorly due to noise are not prone to return to the same lodging. And Crowne Plaza has also set up “quiet zones,” as in libraries, for people who are less prone to carousing while traveling and require calming rest. The “snore patrols” will be particularly careful to keep these quiet zones quiet.

What Happens When the Snore Patrol Rouses a Loud Snorer?

What Is the Two Motel Rule?

The Two Motel Rule, aka the Two Hotel Rule, declares that when someone is sleeping loud enough to be heard not only in their motel but in the motel next door, that highly problematic snoring is present. People who snore this loudly should quickly consider an overnight polysomnogram to see if they have serious sleep apnea.

Why Is Snoring Such a Problem?

For one thing, it’s common—there are estimates of about a quarter to forty percent of adults snore fairly loudly. And for another it’s bad for your health. Snoring is complicated. There are a lot of muscles up in the back of the mouth, which has made treating snoring with electrical devices, with the exception of CPAP, a direct air splint, very difficult to manage. Most people don’t enjoy having electrodes stuck up the back of their throats while they’re trying to sleep—though the technology is improving.

One major problem sustained snoring appears to produce is a desynchronization of breathing and circulation. When the two are out of whack, as occurs in sleep apnea, all kinds of bad stuff may happen, including potentially dangerous arrhythmias, lower cardiac output, autonomic dysfunction and a lot more awakenings from sleep—bad for memory and learning. CPAP machines are effective for both snoring and sleep apnea, in part by creating a rhythm that allows circulation and breathing to get back in synch.

What Else Increases Snoring?

Two big factors are alcohol and weight gain. The bigger one is, the more prone to snore. And alcohol, by lowering muscle tone and generally messing up brain function, can produce far more snoring as well as severe apneas in people who would otherwise not show evidence of illness.

One clinical history immediately comes to mind. When I was teaching at Brown, I saw a 30-year-old woman in the ICU with sudden respiratory failure. She had drunk a lot of vodka on her thirtieth birthday, developing severe apneas that left her unable to breathe. After the alcohol got out of her system she was normal. (Note—people don’t realize there is a circadian rhythm to all drugs, and alcohol has 2-3 times the psychomotor effects at midnight than it does at 6 PM. Have that glass at dinner, okay?)

As for weight, I usually try to control snoring in people through getting them to more effectively regenerate their bodies through engaging food, activity, rest, andsocialization in a pattern that fits their body clocks and makes it easier for them to get slimmer. One simple rule of thumb—move after meals.

Snoring is both a public and private health problem—which is why we have the new hotel snoring policy. Besides waking others, snoring may injure you through sleep apnea and cardiovascular disease, or poison your relationship with people you love. Desynchronizing breathing and circulation is not a good thing.

So try to regenerate your body is such a way as to reduce or prevent snoring—and the unwelcome attentions of the snoring patrol!