How we use words can have impacts that we may not expect. 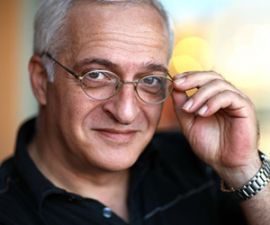 When I was growing up, a senior was someone in their last year of high school or college. We would never have dreamed of calling our elders "seniors." It just wasn't appropriate. Over the years, however, the word "senior" has become synonymous with "elder" (usually meaning anyone over the age of 55).

Well, folks, I'm over 55 and I really resent the negative images that come with the current usage of that word. No, I'm not ready for a retirement home. No, I don't want to move into a gated 55+ community where the only sign of life is the occasional car on the street. No, I don't need a discount for everything. If I can't afford to pay the price, I won't go, buy, or eat. No, I'm not willing to be brushed off, overlooked, taken care of, or any of the other pictures we get in our mind's eye when we think of aging, just because of a date on a calendar.

And, I'm not the only one. Lady Nancy Astor (who left this world in 1964 at the grand old age of 82) once said, "I refuse to admit I'm more than fifty-two, even if that does make my sons illegitimate."

I give presentations and workshops to the corporate community on the challenges in a multigenerational workplace. I recently facilitated a workshop for a volunteer group of women who wanted to learn how to interact with the youth of today. In not one of those settings have I heard the word "senior." Why? Because everyone in the room was an active part of the group. One company had employees ranging in age from 17 to 82. Yes, there are some challenges in communication and in the methods for getting the job done, but they are all contributors and they don’t talk about the "seniors."

In his book, Ageless Marketing, David Wolfe says, "Maybe we should redefine the word senior. Why? Because it has negative connotations. Who wants to be called a senior? Ask any Boomer who has just received his or her first welcome letter from AARP. My guess is you'll get an earful, and none of it positive!"

David goes on to say, "One reason many older people resent being called seniors is that the term carries a lot of unwanted baggage. It symbolizes the socially reinforced idea that after 55 you move to the sidelines of life where you begin a downhill path of progressive decline and loss. No one wants to be associated with such negative images of aging."

Have you ever heard the term, "elder statesman?" It's a term used to define those who have served in government, in foreign service, or as a diplomat, and who did it with grace, dignity and integrity.

In my work, I am doing everything I can to influence the younger generations to respect those older than themselves. How? By rejecting those negative images associated with a "senior," and replacing them with the more positive images of an "elder."

Ten years ago, who could have dreamed that Dennis Hopper would be the spokesperson for Ameriprise? How about Bob Dylan strumming away for iPod, Paul McCartney touting Fidelity, and Carlos Santana for Macy's?

Would anyone ever dare call any of these guys a "senior?" My question is this. Do we have a double standard? If a word is seen as negative, why is it unacceptable for us, but okay for our parents?

Put Yourself In Their Shoes

Now I ask you to put yourselves in the shoes of your clients, customers, prospects and/or parents. Do you want to be seen as a "senior" who, as David Wolfe says, "is on a downhill path of progressive decline?" Or would you rather be seen as an "elder," one who through lifetime experiences has earned respect?

Won't you join me in my mission to adjust our vocabulary before we're all lumped into that less than desirable "senior" basket? And, let's do it before we are all employing the method used by comedian, Lucille Ball, who said, "The secret of staying young is to live honestly, eat slowly and lie about your age."

Personally, I like Lady Astor's words better, how about you?