Save Twice With An IRA - Retirement Net by Ed Slott & Company

Save Twice With An IRA

Contributing to retirement accounts can reduce your tax bill. 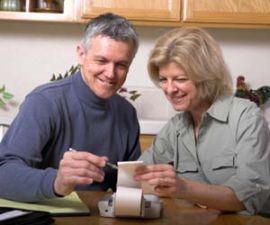 One of the best ways to legally avoid current income taxes is by contributing to an employer-sponsored retirement plan. While it’s too late to make any contributions to 401(k)s and 403(b)s for last year, you actually have until April 17, 2012 to set up and fund a new IRA or add money to an existing one and have the contribution count for 2011. The last day to contribute for the prior year is generally April 15, but in 2012 the 15th falls on a Sunday and the 16th is Emancipation Day, a holiday in the District of Columbia that affects tax filing deadlines the same way federal holidays do.

Eligibility to deduct contributions made to Traditional IRAs depends on a somewhat complex formula that considers your income, your retirement coverage at work and, if applicable, your spouse’s retirement coverage. If neither you nor your spouse participates in an employer-sponsored retirement plan, then all of your Traditional IRA contributions will be deductible. However, if either one of you is covered by a retirement plan at work, phase-out ranges based on the amount of your modified adjusted gross income (MAGI) for the year could limit your IRA deductibility. You’ll know if you are considered to have participated in your employer’s plan by checking your W-2 for the year in question. If the “Retirement Plan” box is checked, then you have participated. If it is not, then you haven’t (simple, right?)

You can also go here to view our IRA and tax tables for 2012 (in conjunction with our 2012 Retirement Decisions Guide).

The same contribution deadline for Traditional IRAs also applies to Roth IRAs. While you get no immediate income tax benefit by making a Roth IRA contribution, the growth will be tax-free when withdrawn, provided certain conditions are met. And while there are no deductibility phase-outs to deal with, the amount of your MAGI will determine whether you qualify to make a contribution. The Roth contribution eligibility MAGI limits for both 2011 and 2012 can be found by clicking here.

Keep in mind that you must have earned income at least equal to the amount you wish to contribute to either a Traditional or Roth IRA. If you don’t qualify to make a deductible contribution to a Traditional IRA because of the income limitations, consider making a non-deductible contribution. The money in the Traditional IRA will grow tax-free until withdrawn. Also, special rules allow an individual with little or no earned income to use their spouse’s compensation to make an IRA contribution. For additional information on this topic, click here to see IRS Publication 590.

Here in The Slott Report, we often talk about 401(k) and 403(b) plans. In case you are not familiar with these terms, let’s define them. A 401(k) plan is a tax-deferred retirement vehicle generally established by private sector employers, while 403(b)s primarily benefit employees of educational institutions and non-profit organizations. With both of these plans, you contribute pre-tax dollars, which are invested and grow tax-free until withdrawn. Some also allow you to make “Roth” contributions, which are taxable when made but generate tax-free earnings forever, similar to a Roth IRA. With both, employers often match employee contributions to some degree. If your employer does so, be sure to take advantage of the free money for you.

Keep in mind that employer contributions to 401(k)s can have vesting periods of up to several years, while 403(b) plans typically feature immediate or quicker vesting. In both cases however, employee contributions are always fully vested.

So, if you are looking to reduce your income tax bill you should seriously consider contributing to the plans mentioned above if you have the opportunity to do so. You will be glad you did when retirement comes around.