There are things you can do, now, to help prevent becoming a victim. 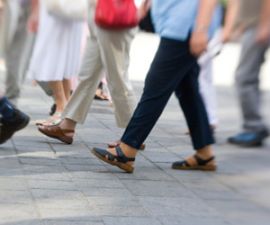 A New Breakthrough in Alzheimer’s

A new breakthrough has been announced in Alzheimer’s research. Two groups, one at Columbia, the other at Harvard, have reported in mouse models that Alzheimer’s spreads from nerve cell to nerve cell via the projection of a misfolded tau proteins.

Will this new information save us from the huge costs of Alzheimer’s?

Not for a lot longer than we need. And we can’t wait.

Costs That Can Bankrupt

And those are just the “paid” economic costs. Unpaid caregivers spent an estimated 17 billion hours taking care of Alzheimer’s victims in 2010. The costs in suffering and sadness cannot be priced.

Neurodegenerative diseases, like cancer, are complex. Direct treatments have not worked as well as planned—whether it’s the “War on Cancer” or the fight against Alzheimer’s.

Drugs targeting tau proteins have been around for decades. So far they have not worked. The cholinergically-based drugs are useful, but their overall effectiveness is modest. With better imaging they may be used earlier than before, but the jury is out as to whether this will dramatically improve long term results.

Most technological progressions follow some version of an asymptotic curve—very slow at the beginning, middle, and even towards the end—with rapid progress thereafter. Where we are in that curve for drug treatments for Alzheimer’s does not look close to the end.

The Promise of the Okinawa Project

Until the recognition that the longest-lived populations in the world are Asian American women in metro NYC, Okinawan women were the longest surviving people on Earth. Part of the longitudinal Okinawa Project included autopsies of centenarians. While alive, many of the Okinawan centenarians did not show much clinical evidence of Alzheimer’s.

Many showed high proportions of Alzheimer’s plaques and neurofibrillary tangles. The neuropathology was terrible. How had they escaped the clinical ravages of the disease? One probable answer—their arteries were patent—open and clean.

It’s known that Alzheimer’s is related to high blood pressure; cardiovascular disease; and diabetes. Prevent them and you go a long way towards preventing Alzheimer’s disease.

Unless early treatment proves effective—a big if—we have no choice but to do everything we can to prevent Alzheimer’s disease. Researchers are working night and day to understand how the disease develops—but effective treatments remain elusive. There’s a lot we should do while we wait for a cure. Those changes require we look at public health—far more than health care.

1. Encourage walking. Data on physical activity show that those with certain alleles of apolipoprotein E—whose rate of Alzheimer’s is really high—are most helped by physical activity. Yet others are aided as well.

2. Food policy is health policy. It’s time to stop government agricultural subsidies of obesogenic foods. No, pizza is not a vegetable—even if the USDA says so and lets it go that way into school lunches.

3. Doing whatever we can to prevent diabetes—by pushing whole foods, physical activity at work, and mass transit—people have to walk to buses and trains—and encouraging rest. Diabetes rates more than double when people sleep less than six hours average a night.

4. In health care, incentivizing prevention and control of blood pressure, heart disease, and diabetes. In Britain, heart attack deaths have halved in the last ten years. We should be able to do just as well here.

The Promise of Regeneration

A new paradigm of health will help prevent Alzheimer’s—and many other chronic diseases. That paradigm looks at the human body as a constantly renewing organism, its internal components replaced and reconfigured within a month.

We regenerate to survive.

The internal speed of life is great, but our survival and well-being is a marathon, not a sprint. How we eat, move, rest and socialize has a huge impact on our lifespan, healthiness, productivity and pleasure.

It’s time to put our resources onto actions that pay real dividends—for virtually all of us. What you do is what you become. You need to give the body the right information. Misfolded tau proteins give nerve cells the wrong information—with the result that Alzheimer’s changes spread through the brain.

Minor changes in how we live can give the body information to block that process. We don’t have to know everything about Alzheimer’s in order to prevent it.