The big picture can look a lot like the small one. Part 1 of a 2-part series. 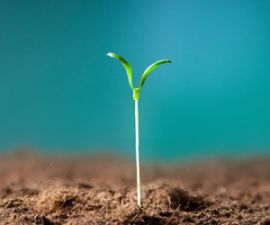 Is America’s economy failing? Why are 45% of families barely making it? Is a nation with stalled growth, a corrupt and overpowerful financial sector, staggering debt, political dysfunction, fighting two wars overseas while its infrastructure crumbles, able to come back?

Yes—as it always has. The capacity for regeneration is inherent in the United States of America. And the same principles which can help reinvent the American economy can be applied to rejuvenate our public and private health.

There may not be much choice. According to the CIA, the US ranks 49th in survival among nations; we also spend approximately twice as much as our developed national counterparts, like Britain and Germany. Few businessmen would be happy selling a product that ranks 49th worldwide while costing twice as much as the competition. Yet American politicians continue to describe our health care as “the best in the world.” Perhaps it is—for some of them.

The depth of our present crises might start people to tackle unpleasant reality rather than the insistently proclaimed media dreamworld of beautiful lies (as in—you can fight two wars, cut taxes and magically balance the budget). New York Times Columnist Tom Friedman has written of four arenas that should help bring the US back to full strength. Let’s briefly examine them one by one for what they can do to aid public and individual health:

As American secondary students are now fighting rank in the middle of international tests, arguments for educational reform often involve copying more successful models like Finland and South Korea. Such school systems get the cream of the university graduates to become teachers. Other possible reforms call for getting rid of “bad” teachers, along with more community control of schools.

The same shift in health would be to recognize the important outcome should be health—not health care. Public health measures like sanitation, nutrition and vaccination have long dramatically outweighed the results of the most effective medical regimes in keeping people healthy. Sanitation and quarantine did far more to wipe out infectious disease than antibiotics.

To improve public health we can recognize that food policy is health policy, and that in a nation where 15% of people are on food stamps, paying agricultural subsidies that makes obesogenic foods the cheapest is shooting yourself in the head; that food, energy, and water are inextricably linked for economic survival and should so be linked in policy; and that humans are built to move; even marathon runners who sit more than six houra a day possess higher cardiovascular risk.

In individual health terms we should recognize that just like the economy, your individual body never stays still; within four weeks most of it has been regenerated, and that this regenerative capacity should be exploited to the hilt. Being healthy means staying healthy. Food, activity, rest, social support, and often unappreciated factors like sunlight and body clocks can markedly improve individual health, productivity and survival.

Letting your bridges and tunnels rot while your water supply disappears into leaky old pipes is not much different from sitting around eating pizza and watching TV while your arteries clog. Economies and bodies stop working when their infrastructure fails.

We remake and regenerate ourselves quickly in order to survive, as we use up our biological structures and materials very rapidly; most of your heart is remade within 3 days, a process neither cars, construction companies nor computers can perform with similar speed or efficiency. Doctors should not be paid most lucratively for procedures but for effectively educating their patients for self-empowerment—and keeping them well.

When it comes to health, food matters a lot. A “healthy” diet is not the standard 21st century American fare of fast food and starch. Activity of any kind helps keep people well and alive (fidgeting changes weight and housework can prevent breast cancer). Seemingly pointless “rest” is when much of body’s regeneration is taking place. Sleeping less that what your body needs brings less economic productivity, more cardiovascular disease and infections, and greater weight and diabetic metabolism.

Without personal rest, we do not regenerate our infrastructure, our minds, nor our creative capacities.