Recycle Yourself: Volunteer - Retirement Net by

Many retirees are using their expertise to stay active and do good. 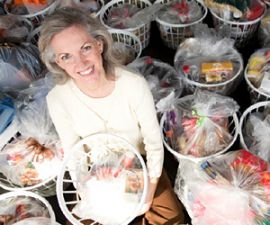 When Margaret Ross retired from a career in nursing, she had no idea that her new life as a volunteer would lead her right back into healthcare.

Neither did Mike Chesnut, whose work building retail partnerships looks a lot like his volunteer service for a group of Denver nonprofits that are fighting homelessness.

The same is true for retiree Berlin Hall. Since leaving his accounting executive career, Hall’s desire to help at-risk families led him to volunteer to manage the books for a family services agency.

As they move into roles in service and volunteering, older adults like these are discovering that what they know is just as important as how much time they can give.

Their help couldn’t have come at a better time.

With demand for nonprofit services skyrocketing, fundraising and revenues are way down. Some experts predict as many as 100,000 nonprofit organizations could run out of money for their programs completely.

“This is a group with abundant skills and profound circles of influence and they believe they can have an impact in their community right now,” she says.

That was the idea for Chesnut. After leaving his job as a retail sales executive with Procter & Gamble, Chesnut, 64, spent several years as a counselor for small business owners. When he moved to Denver a few years ago, he decided to focus on helping nonprofits.

As he explored his options, Chesnut was struck by Denver’s homeless problem. Millions of dollars were being spent pulling families out of shelters, but programs that were trying to keep families out of them to begin with were underfunded.

After organizing a coalition of local nonprofits, Chesnut began a research project that eventually led to a successful $600,000 grant. “Coming from the corporate world and working with large retailers, you learn to look for common interest,” he says. “What I did was put numbers to the problem.”

Nancy Benyamin, a volunteer coordinator for Jewish Family Service who worked with Chesnut, says he’s an example of the increasing importance of skilled volunteers to nonprofits that want to expand their capacity in lean times.

“Mike really enabled us to apply for this large grant,” Benyamin says. “Without his assistance, the new funding just wouldn’t be happening.”

For Ross, 72, the serious needs she saw as a volunteer for SeniorsPlus in Lewiston, Maine, made her rethink the decision to step away from healthcare completely.

After retiring as director of nursing for a state Medicare program, Ross signed up to help answer a referral phone line for SeniorsPlus, an agency that helps the local aging population get services and support.

The organization was so impressed by her knowledge of medicine and healthcare benefits that they asked her to take on a new role as a counselor, and even get additional training.

Seeing the healthcare system from the point of view of at-risk seniors has been an eye-opener, Ross says.

“[In my old job], I rarely was aware whether the patient was insured or not,” she says. “Now I’m on the other side of the fence saying, ‘Let’s get this person the coverage they need.’”

For Hall, a Hughes Aircraft retiree, volunteering for Family Assessment, Counseling & Education Services (FACES) was a way to shield some families from the challenges his own family faced when his father, an alcoholic, left.

After reviewing Hall’s background, Mary O’Connor, the executive director at the Southern California nonprofit, asked him to set up a new accounting system for the cash-strapped group.

Five months later, the books are on the way to being balanced and Hall has become a strong FACES supporter. He says his experience getting involved on a skilled basis, while frustrating at times, has been extraordinary.

“If my mother had access to this kind of thing, I can see how much better off we would have been,” he says with emotion. “But I had no idea that the kind of challenges this organization faces even existed.”