Is a more portable option right for you? 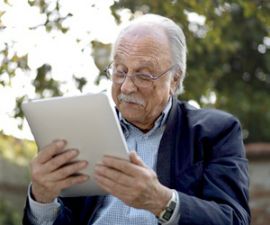 There’s a lot of hype in the media today that may have left you confused about the difference among laptops, netbooks, and tablets. Here’s an overview.

Netbooks are a very lightweight type of laptop first introducted in 2007. Where laptops usually weigh in at about 4 to 7 pounds, netbooks weigh a mere 2 or so pounds and their screens come in around 9 to 12 inches. Of course their light weight has tradeoffs, mainly in the form of a much smaller keyboard and, in their early years, limitations in their ability to use the most up-to-date operating systems (operating systems are the software that runs your computer; early netbooks used Windows XP rather than Windows Vista because Vista used up so much of their relatively small data storage capability). By 2009 netbooks had grown to become essentially small laptops using the Windows 7 Starter operating system (still a bit limited compared to the full Windows 7). Netbooks offer a lower price point than laptops at about $250-$400 and pretty good battery life, but some seniors are a bit challenged by their tiny keyboards.

The next big variation on a portable computer came in 2010 when Apple launched iPad. Though tablet PCs had been around for some years, it took Apple to make the format, which sports a touchscreen and onscreen keyboard, catch on. Since the iPad companies such as Dell, Acer, Hewlett Packard, and Motorola have brought out their own tablets.

Tablets, also called slates, are more like a hefty pad than a computer. There is no keyboard and no mouse. Instead you tap the screen to make choices and enter text. The onscreen keyboard is still smaller than a laptop keyboard, but there are physical keyboard accessories that you can use with tablets to make input easier. Tablets also have super battery life at 10 hours and almost a month in standby mode (when you’re not actually using them). Tablets connect to the Internet using either wi-fi or 3G technologies (3G is what your cell phone uses to connect virtually anywhere). 3G models require that you pay for your connection time.

Tablets, which are coming out from many manufacturers to compete with iPad as of this writing, weigh about 1.5 pounds (more or less), and were first planned as devices for consuming media. Whether used to read eBooks, play games such as Scrabble, browse the Internet, play music, or watch movies, these devices have proven incredibly popular. The big surprise since the launch of the iPad has been how big a hit they are with business and educational groups. Applications (called apps) range from credit card readers for retail businesses to eReaders such as Kindle, and reasonably robust productivity tools such as word processors and spreadsheets.

Tablets are a very popular choice for many seniors because they are pretty easy to get the hang of, they’re very portable, and great for many activities seniors use computers for, such as e-mailing, browsing the Web, and playing games, music, or movies. If you decide to buy a tablet and choose an iPad you might want to check out my book, iPad For Seniors For Dummies from Wiley Publishing.

Excerpted from Laptops For Seniors For Dummies by Nancy Muir from Wiley Publishing, 2011. 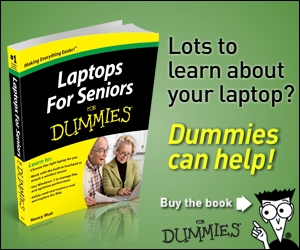