Is Your IRA Safe in Bankruptcy? - Retirement Net by Ed Slott & Company

Is Your IRA Safe in Bankruptcy?

It all depends on the transactions you've made. 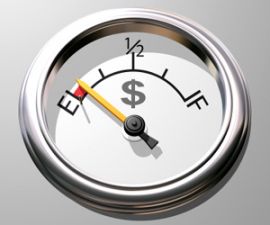 The bankruptcy reform act passed in 2006 gave all IRAs a $1,000,000 exemption if you are using the federal bankruptcy rules. In addition, funds from employer plans were 100% exempted, even if they were rolled over to an IRA. So, your IRA funds should be exempt, right?

The answer is a definite maybe. In Bankruptcy Court, you might get asked about transactions you have done in your IRA or in your employer plan. And, if the Court determines that your transactions violate the prohibited transaction rules, you would lose your exemption in the bankruptcy proceedings.

This is exactly what happened to Ernest Willis last year. Fourteen years prior to the bankruptcy action, he had taken a distribution from his IRA, used it to pay off a mortgage, and replaced the funds in his IRA right about the 60 day mark. The Bankruptcy Court determined that as of that point he no longer had an IRA since he had “borrowed” from it which is a prohibited transaction.

Is this decision correct? Courts are involved in interpreting the tax code every day. Bankruptcy Court is no different. This is not the first court to come to this conclusion regarding retirement plans and creditors. On the other hand, through the Private Letter Rule process, IRS rules on hundreds of 60-day rollovers each year. When they deny a 60-day rollover request they may say that the request is not granted because the funds were used as a short term interest free loan but they never say that this is a prohibited transaction. In fact, there is at least one PLR that says that the account owner can use the funds for any purpose whatsoever while they are out of the IRA. (“...an individual is entitled to withdraw funds from an IRA for personal use and have it considered a rollover as long as the amount is redeposited back into the same IRA or into another qualified IRA within 60 days.” PLR 9010007) We will have to watch for further developments.