Is There a Personality for Longevity? - Retirement Net by Dr. Matthew Edlund, MD, MOH

Home  »  Articles  »  Is There a Personality for Longevity?

Is There a Personality for Longevity?

Positive people tend to live longer. But is that a marker, or a cause? 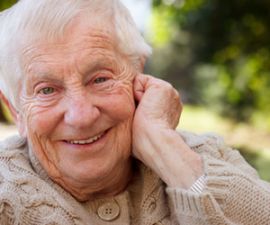 Centenarians—people who live to more than 100—are very popular these days, and not just in older towns like Sarasota. They receive presidential visits and special TV interviews; some get invited to pitch products displaying America’s matchless marketing.

But why are they so popular? Is it because a large part of the population would like to live longer—especially if they felt healthy through the first hundred years?

Whatever the case, centenarians are pretty good at regenerating themselves—particularly their body tissues. But what might be the “secret sauce” that lets them live that long?

Today there are many studies of long life and long lived people. One of the more interesting is located at Albert Einstein College in the Bronx, New York City. Some 500 Ashkenazi Jews 95 and older and their kids are actively researched and followed. The group gets a lot of attention in part because 1. They are genetically similar, as many are descendents of groups that fled Russian persecution in the late 19th and early 20th centuries 2. They include a large number of folk who are still active and working very late in life.

Is personality one of their secrets? Researchers seem to think so.

Optimism for the Long Haul

A recent report on the group, which queried 243 with an average age of only 97.6 years, found they were extroverted, easygoing, and hopeful towards the future. They also demonstrated consistent conscientiousness—another factor is said to particularly favor longevity. As a group they appeared less depressed than most—despite their age.

Are the people who are optimistic, easygoing, social and happy the ones who live longer? Or do the ones that survive longer feel that way?

This question is harder to answer than some suspect. Personality does change with age—even though many people think it’s as hard wired as eye color. People’s personality measures change with mood; by sex; by circumstance; and many other factors.

Much of personality is built on memory—the narratives we create of our past. And people’s memories—what they recall of their lives in the world—change often throughout life, as work by Dan Offer, Oliver Sacks and others have shown. In fact, memories change every time they’re retrieved. We think memories are hard and fast, plugged into our brain like CDs or DVDs. They’re not.

There is also evidence from very long follow-up studies that more optimistic people last longer. Yet pessimists don’t seem to do so badly.

Then there is the question of markers.

Are personality traits really markers for other factors that lead to long life?

It’s known that people who are long lived are biologically different. Some seem to have more telomerase, which makes it easier for them to engage in cellular repair—and keep cells dividing and making entirely new cells. In animals, getting rid of senescent cells—cells no longer capable of dividing—makes them more youthful.

What if more optimistic, outgoing, and laughter loving personalities were just “riding” on other biological factors? Such correlative “markers” happen all the time. That’s one reason researchers get very cagey when talking about causality. They know how hard that is to prove.

Here’s an example: recently it’s become clearer that higher and higher HDL levels does not by itself make for less heart disease. In many cases really high HDL levels may provoke higher death rates.

It turns out HDL are markers rather than cause—though many people thought the opposite. That’s a many billion dollar bet of drug companies that’s gone very expensively wrong. Because HDLs do get higher from activities like exercise that help people live longer. So HDLs are “markers” for other variables.

And not all activities are totally positive. Recent data argues that some people have increased “markers” of disease—even including higher blood pressure—with exercise. Whether this actually ends up with bad clinical results is not yet known.

So exercise is not great for some people. Yet correlation is not causality. Because 85% of Americans die in bed does not mean that beds kill people.

The idea of regeneration is itself profoundly optimistic and hopeful. If most of your body is rebuilt in 3-4 weeks, you have a lot of options to influence that process. All by yourself.

And the data do support that optimistic, outgoing, laughter loving people really feel well. Their self assessed physical, mental, social and spiritual well-being is greater. They like being alive.

I has also become evident from studies like those of Professor Martin Sigleman at the University of Pennsylvania that optimism and can-do rational thinking can be learned. Just as learned helplessness leads to depression in animals, learned optimism can make people feel much better.

If they also live longer, that’s okay, too.