Both a food and a drug, chocolate has a multitude of effects. 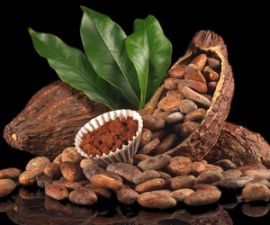 Is what some Aztecs considered the “food of the gods” capable of making you live long and well? The answer so far is “definitely maybe.” Like coffee, tea, and alcohol, chocolate is a food-drug which has been around for thousands of years. It can do much for you—both well and ill.

Can Chocolate Make Me Thin?

If you read BBC News, you might think so. A new study out of UC San Diego by Beatrice Golomb and others (yes, folks, I did train there for a while) argued that regularly exercising folks who ate chocolate regularly—not intermittently—had lower body mass indices. Very curiously, the amount consumed did not seem to affect weight.

Other researchers cite a host of methodology issues—including volunteer bias and poor recall—as explaining these results.

Is Chocolate a Drug?

Actually, multiple drugs. The plant is not called theobroma for nothing. Theobromine is a stimulative alkaloid that does much of what caffeine does—in fact, it’s a metabolite of caffeine. And there’s lots of polyphenols and flavanoids inside pure chocolate, which makes many confectioners salivate wildly when they contemplate selling chocolate as a health food.

In the past, chocolate was used as an aphrodisiac—even to treat some of the ravages of syphilis.

However, adding sugar and various fats to chocolate complicates the picture greatly. Every form of ingested chocolate is in effect, a different type of drug—with different information for the body.

And foods are more complicated sources of information than people think. It’s not just carbohydrates and calories. There are hundreds—often thousands—of different substances in most foods. Have their effects been characterized? No. Do we know what happens when they’re put together as cuisines? Biologically, not much...though some diets—numerous foods with many thousands of different ingredients ingested more or less regularly—are clearly associated with long lived populations.

Is Chocolate Good for the Heart?

It certainly dilates arteries, cuts platelet aggregation, and does other stuff that make people want to believe it’s good for the heart. Long term epidemiologic studies are not so conclusive, however.

And it’s hard to study—particularly long term. Different food forms of chocolate have rather different effects.

Can I Get Addicted to Chocolate?

Many people claim they already are. They can’t stay away from the stuff. They have to have it. When placed in their path, they can’t stop until all the chocolate around them is consumed.

Is it the flavanoids and theobromine to which people get this addiction response? Many researchers and clinicians would argue it’s a combination of intense culinary pleasure and large amounts of sugar and fat that do the trick, though alkaloid stimulation may play its part, as it does for coffee.

What Can I Do To Enjoy Chocolate Healthily?

Use it the way people use other food-drugs, like coffee and tea. It makes sense to see chocolate as part of that great cultural in-gathering and socially supportive engagement we call dining.

Chocolate is a food that is delicious, deeply flavorful and highly prized. It’s also a drug that can stimulate you and make you feel up and energized.

So enjoy it with friends. View it as a treat. Use forms that have more real chocolate inside than milk, sugar, added fats, and petrochemically laced colors. Since most chocolates we eat have lots of that other stuff, dine on it sparingly, savoring every mouthful.

And remember—revolutions were sparked by thoughtful friends gathering together in coffee houses to think and debate. Most of those coffeehouses also served chocolate.

Was chocolate one of the pillars of the Enlightenment that swept 18th century Europe and North America? It wouldn’t be so bad if helped sparked some needed political reform in our day.

And chocolate is hard to grow. West African sources are both politically and ecologically endangered.

Think of that, climate change skeptics, the next time you reach for a bar of chocolate.