IRAs: What About State Differences?

Don’t forget about how your state’s laws may affect your financial plans. 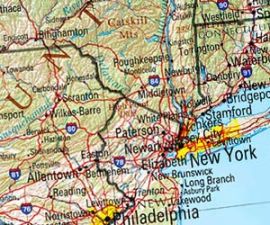 When many people think about the rules that govern IRAs, they see them as universal rules, applicable to everyone equally in all circumstances. While many rules do, in fact, apply to everyone equally, variations in state law can also create significant differences in how IRAs are treated in different states. In order to make sure your plan is as effective as possible, you should be sure it not only addresses Federal law, but the unique challenges that may arise as a result of the specific laws applicable in your state.

Still other states, like Massachusetts and New Jersey, have a state income tax but offer no state income tax deductions for IRA contributions. As a result, if you live in one of these states and make an IRA contribution, you may have State IRA basis, even if you have no basis at the federal level. It’s important to keep track of these amounts so that when you take a distribution from your IRA (or make a Roth conversion) you don’t end up paying state income tax on the same funds again.

2. Medicaid Treatment of IRAs and Roth IRAs
Medicaid is a partnership program between the Federal Government and the States and therefore, Medicaid eligibility rules vary from state to state. In many states, once you reach your required beginning date (April 1 of the year following the year you turn 70½), also commonly referred to as “pay status” and have started required minimum distributions (RMDs), the state Medicaid rules no longer treat your IRA as a countable asset subject to the claims of Medicaid, but instead treat your RMD part of your countable income. Therefore, the remainder of the account is shielded from the reach of Medicaid. In contrast, since Roth IRAs never reach pay status, many states always treat them as an available asset, and thus, are always within the reach of Medicaid.

While many states follow the rules outlined above or similar rules, some states differ dramatically. Under the Social Security Act, states are given the ability to modify the Medicaid eligibility rules within certain guidelines, and as such, in certain states, IRAs may be far less protected from the reach of Medicaid than others. You should be sure to check and see how your state treats IRAs, Roth IRAs and other retirement accounts for Medicaid eligibility so you can plan accordingly.

3. Property Rights
In general, property rights are determined at the State level and the federal tax rules are applied within the state property law framework. For example, in most states today, common law is used as the basis for property rights. Although variations and exceptions exist from state to state, common law generally provides that the owner of property is the person whose name appears on the ownership document, title, etc.

In contrast, about 20% of states use community property law or similar system as the basis for property rights. In these states, a spouse is generally treated as the owner of half of all the assets acquired during marriage, whether or not his or her name appears on ownership documents. Community property rules can create unique planning issues for IRA owners, particularly when the community spouses have different desired beneficiaries. These potential hurdles should be addressed as part of any retirement and/or estate plan.