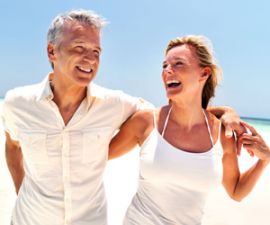 While many people take their vision for granted, those with Age-related Macular Degeneration (AMD) certainly do not. AMD Awareness is important because the condition deteriorates central vision, affecting everything from seeing faces clearly to literally having a large “blind spot” in the center of your vision, yet many people are unfamiliar with AMD.

AMD is the leading cause of severe vision loss in Americans over age 50, according to the American Optometric Association. The Centers for Disease Control and Prevention (CDC) estimate 1.8 million have AMD and another 7.3 million people are at risk. As our population ages at an ever-increasing rate, the incidence of AMD is expected to triple by 2025.

Key risk factors for AMD are age, family history, smoking (past or present), low macular pigment, poor diet, light skin and eyes, high body mass index, and Caucasian women are also at slightly higher risk. And while we cannot change our age, we can proactively manage some of the risk factors and take steps to maintain or improve our vision.

Published in the November 2011 issue of the Journal of Optometry, the Zeaxanthin and Visual Function (ZVF) Study was conducted by Dr. Stuart Richer of Chicago. The study included 60 early AMD patients who consumed a daily dose of 8 mgs of dietary zeaxanthin for one year. The patients’ vision improved in the areas of: high contrast visual acuity (reading, needlepoint, etc.), which improved by 8.5 letters on an eye chart; central scotomas or “blind spots” were resolved; foveal shape discrimination was enhanced (ability to discern shapes at varying distances); and finally, a significant percentage of the group reported an improvement in night driving.

As we age, our eyes degrade—a process that begins when we are children. Harmful blue light from the sun, indoor lighting, and even computers, along with poor diet, smoking, and high body mass index can all affect our central vision—but there is good news, too.

Unfortunately, zeaxanthin is scarce in the average daily diet, and most people do not consume enough kale, corn, collard greens, spinach, or peppers to naturally replenish what the eyes need most. For example, one would have to eat approximately 20 ears of corn to get a recommended daily dosage of 8-10 mg of dietary zeaxanthin.

Healthy macular pigment does more than just protect. It can help adults with sensitivity to bright light, glare while driving at night, seeing well in low light environments, and discernment between contrasting colors.

The early AMD patients in the ZVF Study increased their MPOD levels from an average of .33 to .51—a direct correlation with their visual improvement. MPOD or Macular Pigment Optical Density is a measurement of the macular pigment in the back of the eye, and is performed by many optometrists throughout the country.

“Education is the first step in fighting AMD,” says Dennis Gierhart, PhD, and co-founder of ZeaVision. “Science demonstrates that low macular pigment is an important AMD risk factor, and it’s encouraging to know that dietary zeaxanthin is helping people maintain and enhance their vision.”

AMD Awareness is about educating people about AMD risks and being proactive to improve vision. Proper nutrition and supplementation can greatly affect eye health and quality of life. Ask your EyeCare Professional about having your macular pigment measured to protect and enhance your central vision.