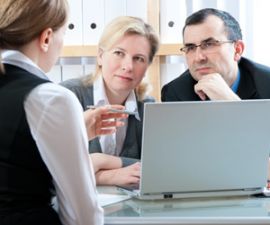 The online survey of 2,000 American adults was conducted Thrivent Financial, a non-profit financial services company. It revealed that the groups most likely to worry about inflation in retirement were those ages 45 to 54 and those with incomes of $25,000 to $49,999. Still, this fear wasn’t confined by age or income. Nearly half of respondents ages 18 to 34 as well as those with incomes above $75,000 say they worried a lot that inflation would negatively affect their finances during their retirement years.

According to Ann Koplin, director of retirement marketing for Thrivent, "fear of inflation in retirement runs deep and broad. Given that people’s retirements can span 20 to 30 years or more, individuals really need to consider the impact that inflation may have on their long-term financial security."

What’s the best way to confront this potential financial menace? Koplin said the first key is the obvious one: building a substantial retirement nest egg during one’s working years. "The more you can set aside for retirement, the more you’ll have available to deal with inflation," Koplin said. "Unfortunately, many people consider their nest egg the ‘finish line’ for their retirement finances, when it really represents the new ‘starting line.’"

While inflation may be low in any given year, it’s the cumulative effect that can really add up. "We’ve experienced low inflation in recent years, but even the constant nibble of 2 or 3 percent inflation over an extended period of time can take a big bite out of one’s purchasing power over the long haul. For example, in 1990, the average cost of a gallon of gas was $1.34 per gallon, and a loaf of bread was just 70 cents," Koplin said.

Given inflation’s constricting effect, Koplin said it may be wise for some retirees to keep a portion of their investments in assets that have the potential for growth, like stocks, or equity mutual funds. While these types of securities have historically shown the most volatility—the largest ups and downs—they also have historically fared well in relation to inflation.

This step alone, however, is not sufficient. Koplin said retirees should explore options to balance growth investments with products, like annuities, offering a guaranteed income or return. She said many retirees may benefit by periodically adding to this income base by converting a portion of their investment gains to their guaranteed income.

The final key to financial security in retirement is to carefully monitor and adjust one’s spending. Koplin said that some financial services organizations offer programs and services that help individuals align spending, growth and guarantees so that they can have increased confidence that they will not outlive their retirement assets.

"Having a financial strategy that is flexible enough to adapt to a person’s changing needs and circumstances is a must," according to Koplin. "Inflation can be detrimental to one’s retirement finances, but carefully managing your money throughout your golden years can help counter inflation’s bite."