Give Me Magic Pills!

Taking a pill is what everyone wants, but it’s not always the answer. 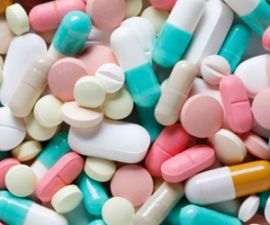 The human body possesses fantastic regenerative power. We replace most of ourselves inside three to four weeks, updating and upgrading as we go, refashioning information into new bodies, bone and brain.

But that is not why Americans go to their doctors.

When people feel ill or even fearful of illness, they want relief, and they want it quickly.

So we give them pills.

What You Don’t Expect

The results are frequently unexpected. No matter what, people want you to “do something.”

Infectious disease experts know this well. People walk in with viral infections. They need to get better fast.

They want a pill.

The doctor who gives the pill is the “good guy”—especially when they improve. The refusing physician—anathema.

The end effect: 1. Antibiotic resistance is now causing scores of thousands of deaths in this country alone 2. Each day sees the growing possibility of fearsome global epidemics.

But those may not be the worst results. They reside in the psychological effects on our population—that health comes from a device or a pill, rather than potentially through their own actions; that being healthy is about what you do to stay healthy.

We get health care, and less and less health.

Physicians believe in the magic of pills because we’ve seen it. The effect is transformative. It is one thing to witness the quick removal of a pneumococcal pneumonia, but to watch a frail, near terminal patient’s tumor cells melt away in weeks gives doctors a lasting image of the miraculous.

Sadly, the population, aided by relentless medical marketing, becomes convinced that somehow, somewhere, technology will succeed in keeping them alive. Many a doc has listened to patients proclaim with angry incredulity “you mean there’s nothing else you can do?” Compassion, concern, perspective and sympathetic understanding may not win the day in such encounters.

Yet medical technology often achieves a too highly praised reputation. Decades ago in medical school a friend and I watched an anatomy tech constantly steal outside for a smoke. Innocently ignorant, we asked if he had ever tried to stop—we were working on cadavers of those who had not.

“I’m not worried at all,” he said. “When the times comes and I can’t breathe, they’ll have some kind of portable respirator that will fit on my back and I’ll just wear it on my shoulders.”

A nice thought—but that day is still a ways off.

Recently a friend and former professor called with a conundrum; he was covering on a patient who was causing him much concern.

An esteemed colleague had put the young woman on what sounded like a laundry list of psychotropics. There were stimulants and antidepressants; antipsychotics and beta blockers; plus multiple medications to deal with the side effects brought by each.

“Is she still standing?” I asked.

Here was a place many of us had been. Someone gets treated; more symptoms develop; more drugs are added, with side effects; we’re dealing with a walking pharmacy.

In the end her unfortunate symptoms ceased when her medication doses were brought back to where they had been before.

We discussed the placebo effect and it’s modern corollary—the need to feel drugged.

For many of us, patients and doctors, “not feeling anything” can withdraw the placebo effect. The woman admitted she felt “drugged”.

But we sensed she did not want to give that up. For her it was part of what drugs did—make her well. Without feeling “drugged” she did not think she could improve.

Many would argue that sleeping pills—and many others—work part of their magic in similar ways.

Times are tough. Health insurance people tell me anti-anxiety and anti-depressant use in skyrocketing.

Yet there are many non-pharmacologic ways to decrease distress. Many people will feel the same or better through adding a morning walk; others benefit from cognitive approaches. Changes in sleep and rest may produce even better effects.

But explaining such approaches takes physicians’ time and effort. It also takes time and effort on the part of patients, whose further work may eventually add many years of happier life.

Yet the economic and political worlds are against both. Health care is what we pay for in America, not health. We can and should use our bodies as built—regenerating ourselves far more effectively than we do now.

But who will profit? Just the individual, the family and the general society—not the immediate bottom line of the health care industry.