Your Homeowners Association could make or break your retirement. 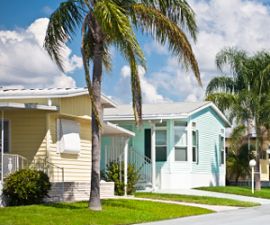 If you buy into an active retirement community, the chances are very good that you’ll find yourself a member of a homeowners association (HOA). Yet even though there were 323,600 community associations by the year 2012, serving more than 62 million residents, the only time most Americans hear about HOAs is when they read a horror story in a newspaper involving someone possibly losing his home over unpaid fines for anything from flying an American flag to planting the wrong kind of flowers in his front yard.

It should be noted that these stories are seldom untrue—HOAs do have the power to fine residents who break the rules, and some cases go so far as to wind up in foreclosure (although some states don’t allow this). For that reason, HOAs have gotten a bad reputation—but it should also be noted that this reputation is almost entirely undeserved.

An HOA is, in fact, a democratic institution resembling a small town’s government. The difference is, it hasn’t got the standing of a government—its authority is entirely contractual. When you buy into the community, you automatically become a member of the HOA, and you agree (by signing the contract on your new home) to abide by the rules and covenants of the community. An HOA is not, per se, any more authoritarian than the average municipal government. Still, it’s just as important, when moving to a retirement community, to check out the political and economic state of the HOA, as it would be to assess the government of a town.

HOAs typically have a life cycle that includes two stages. In the first, the developer retains all decision-making powers; but after a certain percentage of properties within a development have been sold (the percentage varies from one development to another), control and responsibility shifts to the members—the homeowners—themselves. In the typical 55+ community, the HOA would take over responsibility for the upkeep of common assets such as the community center and recreational facilities, like swimming pools or walking trails. Often, the HOA is responsible for maintenance of infrastructure, like streets and sewage systems. (One reason why municipalities love HOAs is that the organizations assume responsibility for infrastructure that local government would otherwise have to provide.)

Before you move into a retirement community run by a homeowners association, you should scrutinize carefully not only the community rules that it oversees, and the financial health of the HOA, but also the structure and work of the board, and of the community itself. Most HOA boards are made up of competent, well-meaning, and hardworking residents...but some are not. HOAs are usually required by law to keep residents informed of decisions by posting meeting minutes on a timely basis. Find out of the board in your prospective community does so. Read the minutes of the meetings for the previous year to see how the board interacts with residents: are they helpful and respectful, or aloof and authoritarian? Is the community run for the good of the residents, or for the good of the board members and their cronies?

Check out the community’s financial state, as well. It’s imperative that those on a fixed income be able to predict somewhat the future expenses they will incur by living in the community. Does the community face any expensive infrastructure improvements in the near term? Is it entangled in legal issues that may prove costly? Does it have an adequate reserve fund to meet emergencies? And—an often-overlooked factor—is there a large segment of the homeowners themselves who are in arrears on their regular dues? If such is the case, there is a strong possibility of being socked with an unexpected—and large—special assessment, needed to make up the shortfall.

Also, check out the rules of the community. If you’re used to planting whatever you want in your front yard, or flying your flag on holidays, or putting up a lavish Christmas display every December, you might be shocked when you find any of those is against the rules of the community. Some communities are laissez-faire; some are strict; most fall between the two extremes. There’s also a chance that an HOA with a plethora of rules may make even more of them in the future. Consider the character of the community very carefully, because these are the voters whose collective decisions will have a big impact on your retirement lifestyle.

Most residents of 55-plus communities are fortunate enough to live with an HOA board that does yeoman work—just as in most small towns run by elected councils. To make sure you fall into that happy group, just make sure never to limit your research to the home itself.