Exercise for the Mind - Retirement Net by Diane Carbo

Exercise for the Mind

What Baby Boomers should know about dementia, Alzheimer’s, and memory loss 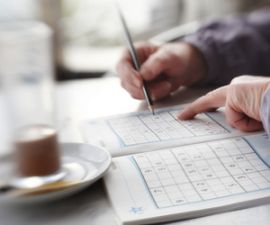 As the Baby Boomer generation retires, many are concerned about dementia, Alzheimer’s and memory loss. Modern technology and scientific advancements in health care are helping individuals live longer and healthier lives than any previous generation. The statistics of past generations indicate that 10 percent of individuals over the age of 65 years of age develop memory problems. By the age of 85 years of age, the percentage of memory problems increases to 50 percent.

Baby Boomers expect to grow old gracefully, physically and mentally. They expect to remain youthful and full of vitality as they age. Boomers do not want to know or experience the ill effects of aging, such as mental decline. This has been a driving force behind the research done on the cognitive (thought) processes of the brain.

Although there is still much research to be done, there are some very promising findings being reported. Science now confirms that memory loss is not a normal part of aging. Proper nutrition, physical exercise and challenging the brain frequently are linked to brain fitness.

Memory loss can occur gradually over time. The symptoms are not the average forgetfulness we all experience. In a society that is inundated with audio and visual stimulation, everyday forgetfulness is a result of multitasking and stimulation overload.

It is important to be aware of the signs and symptoms of early memory loss, as intervention can prevent or delay the process.

Memory loss for the aging population can be due to alcohol abuse, use of illicit drugs, smoking, and/or poor nutrition. There are many health-related medical conditions and prescription medications that can have a negative effect on the aging brain. Many of these conditions, and the effects they have on the memory, can be treated with early intervention.

The aging Baby Boomer generation can be proactive in preventing memory loss. Studies show that physical activity such as aerobic exercise helps brain fitness. One study done on a group of individuals over the age of 55 years old used brain imaging on individuals who were active versus a sedentary group of the same age. Over a period of 6 months, the physically active group exercised 3 hours a week. Both groups had brain imaging studies done prior to the start of the study. At the end of 6 months, the results were astonishing. Several areas of the brain showed an increase in the brain volume of the physically active participants.

Baby Boomers are a generation of groundbreakers. They have pushed themselves to the limit and have tried new and different things. This is an important trait to continue to possess as they move into their retirement years. The brain can continue to form new connections between the neurons. This improves the ability to communicate, store and retrieve memory.

Being open to experiencing something new and different often is a key to maintaining a good memory and brain fitness. If you do crossword puzzles or Sudoku and become proficient at that task, you are no longer challenging your brain to continue to form new connections. Take a proactive approach and get out of your comfort zone. Your memory and mind will be glad that you did.

Traveling, meeting new people, dancing, and even learning to use the computer are ways to keep the brain growing and firing up those neurons! Consider a brain fitness program.

The Baby Boomer generation should know that dementia, Alzheimer’s, and other causes of memory loss can be prevented or delayed by taking a proactive approach to their health. Physical activity, trying something new and challenging Not only can be fun, but also can help your brain remember the good times you have!

Diane Carbo, RN has over 35 years’ experience in a variety of nursing settings, including orthopedics/rehabilitation nursing, home care, discharge planning, case management, oncology, hospice, senior behavior health, assisted living, and long term care. Her passion is to help people plan for long-term care needs, and to that end started AgingHomeHealthCare.com. Her goal is to assist aging seniors and their families to develop plans that allow individuals to remain home, safely and comfortably, in the least restrictive environment, regardless of age, income or ability level. 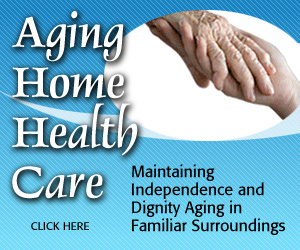