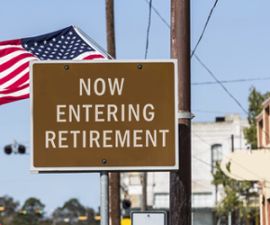 For many retiring seniors, the transition between their former life and their new life as a retiree goes along with another transition: moving.

For longtime city dwellers, this can come as a bit of a shock. But it needn't: small-town America is still going strong, and many modern developments have rendered the feeling of isolation a thing of the past.

Perhaps more than anything, communication has reduced the distance between people and places in the United States. The internet offers so many different options—email, blogs and forums, Facebook, and Skype, to name a few—that many people from vastly different backgrounds share the same lifestyle. When you're not online, however, the differences between a bustling, modern city and a slow-paced, quaint little town can seem stark.

But that's changing, too. For one thing, consider that many of those who pioneered the move from city to small town during their retirement demanded the same sort of amenities they were used to—and savvy local businesses have obliged them. Small-town America has been catching up lately to the shopping, dining, and cultural and recreational opportunities offered in cities—but without succumbing to many of the drawbacks of urban living.

For instance, traffic. Or crime. Or pollution. Small-town living is noted for its relaxed pace (indeed, that's it signature calling card). But perhaps most important of all, for retirees looking for a 55-plus community, is that most small towns tend to have a lower cost of living than cities.

All of these factors add up to a high quality of life—perhaps more than equalling that of the urban area retirees hail from originally. And when you add the slower pace and more affordable cost of living to the amenities usually offered by 55+ communities, and factor in the enhanced sense of community and safety, it's no wonder that so many retirees are turning their backs on the rat race in more ways than one. Still, it requires care to find the right place. You're not just looking for a good, gated active retirement community, but for a good town to go along with it. And that means taking a close look at the town itself: its character, its history, and its future prospects.

Not all small towns are equal. Some have seen their best days and are in decline for one reason or another: loss of its main industry, for instance. If all you look at is cost of living, such a place may seem a godsend—but in fact, it may be a disaster in the making.

Other towns are exactly the opposite: charming, quaint, small, and about to boom. Unless you like the idea of the city you left coming back to live with you in a few years, avoid towns that are too popular for their own—and your own—good.

Some small towns can be as exclusive and expensive as any city: popular tourist resorts, for instance, may be beautiful, but they're crowded, more difficult to afford, and they tend to attract predators to go along with the hordes of visitors. They also tend to have great amenities, but it's a personal choice as to whether or not it's worth the drawbacks.

In all, the process of finding the right town isn't that much different from finding the right 55+ community...and luckily, the two processes can run in parallel. Simply set aside a bit more time to allow you to check out the community's host town. It could be the town that makes the final difference, and not the retirement community itself.