A new study finds that too many doctors suffer from "therapeutic nihilism." 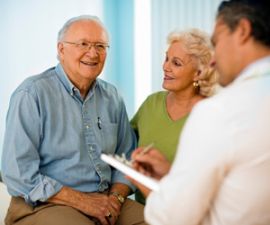 A physician's positive attitude towards Alzheimer's disease and a trusting, personal relationship with support services are important factors in early diagnosis of the disease, according to a new report by the Alzheimer's Association.

According to Dr. Nerida Paterson, Senior Lecturer in General Practice at the University of Newcastle, Australia, too many physicians believe because there is no recognized cure or effective treatment for Alzheimer's, that treatment or intervention in any form is not important. She characterized this attitude as "therapeutic nihilism."

"Increasing evidence suggests that early diagnosis of Alzheimer's and timely intervention is beneficial, both for people with the disease and their caregivers," Paterson said in a school news release. "Because doctors are the primary entryway to health-care services for the elderly and the usual point of contact with the health system for individuals with dementia and their caregivers, there remains a need to overcome their 'therapeutic nihilism' surrounding dementia."

In the study, Paterson and colleagues reported that a doctor's positive attitude to the diagnosis and treatment of dementia is the most important factors behind an early Alzheimer's diagnosis. In addition, GPs reported that having a trusting, personal relationship with individuals who provide dementia support services is another key factor for dementia diagnosis and management.

Additional factors that encourage early Alzheimer's diagnosis include: support from relatives and caregivers, belief in the patient's right to know, and the desire of GPs to be honest and open with their patients.

Of the barriers to early diagnosis, one of the biggest is the difference in priorities between doctors and patients.

"Older patients frequently have complex and overlapping illnesses involving multiple body systems. Often these diseases are having a bigger impact on their day-to-day lives than mild cognitive impairment. As a result, when they see the doctor, their priority is to have their non-cognitive health needs addressed," Paterson said.

Among the other barriers to early diagnosis: doctors must depend on patients or their relatives to report symptoms of memory loss; doctors face challenges with properly timing referral to support services; and doctors fear damaging the doctor-patient relationship, especially when it comes to declaring a patient's unable to drive safely.

Despite these difficulties, an early diagnosis of Alzheimer's disease can be critical to a patient's well-being.

"By getting diagnosed late in the progression of the disease, opportunities are missed to make key decisions about treatment, care and, future planning. Being diagnosed early is vital to receiving the best help and care possible, living one's life to the fullest, and capitalizing on opportunities such as participating in clinical studies," said William Thies, PhD, Chief Medical & Scientific Officer at the Alzheimer's Association.