Too often, this one detail is overlooked following a marital breakup. 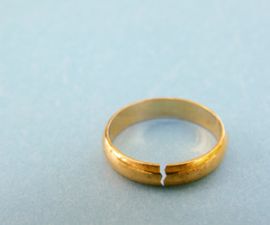 We’ve all heard that half the marriages in the United States end in divorce. An accurate rate of divorce is difficult to get because those statistics are gathered by different groups and are not comprehensive. Regardless, divorce is certainly common.

Individuals who have retirement plans almost always will name a beneficiary to receive the funds upon death. For a married individual who has an employer plan such as a 401(k) or pension plan, his spouse must be named as the beneficiary unless the spouse consents to naming someone else. This is the rule regardless of what state they live in.

For a married person who has an IRA, his spouse generally does not have to be named as IRA beneficiary and spousal consent is not generally needed. Exceptions apply for community property states such as Texas, California, and a few others.

The easy way to avoid this situation and potential litigation by disgruntled family members is to simply update the retirement plan beneficiary form. Ideally, the individual’s attorney or financial advisor should tell the owner, immediately after the divorce, to change the beneficiary of their retirement plan. This requires contacting the plan administrator of the employer.