Dealing with a Homeowners Association - Retirement Net by

Dealing with a Homeowners Association

HOAs are a fact of life in 55+ communities. Is that a good thing? 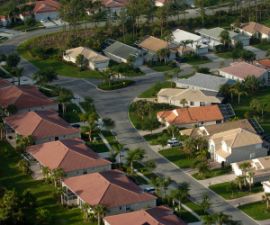 Almost every senior moving to a planned 55+ community will face a challenge that most of them have never faced before: dealing with a homeowners association.

For any common-interest development (CID), such as an age-restricted community, setting up a self-governing association is a necessity—unless the developer chooses to retain responsibility for the upkeep of common areas such as streets and recreational facilities. This rarely happens, for obvious reasons—why continue to pay for upkeep when you can pass the responsibility on to the home buyer? And so new homeowners in a neighborhood find themselves also subjects of what is, for all practical purposes, a private government...which can be vigilant and dedicated, or onerous, secretive, and even downright tyrannical.

No municipal government can go so far as to tell residents what color drapes they must have in their windows, to use one example. But a homeowners association (HOA) can, because an agreement to follow its covenants, conditions, and restrictions (CC&Rs) is written into your purchase contract. And failure to comply can lead to fines, lawsuits, and even financial ruin. The Internet is filled with horror stories of people who have fallen foul of their HOA and lost their homes over seemingly petty infractions. Yet the fact remains: most residents like their HOA, and appreciate the work they do. A 2009 poll by Zogby International showed that nearly three-quarters of people living in a CID were satisfied with their association.

HOAs have two basic functions, both of them necessary and good. First, they see to the upkeep of common areas, such as streets, greenspaces, and pools. For this, they levy dues: a monthly (sometimes quarterly) fee payable by every member of the association (that is, all home owners in the community). Second, they guard the property values of the neighborhood by restricting use of all properties. For instance, all residents are required to keep their homes in good repair and their yards mowed and landscaped.

Responsibility for both functions is directly exercised by a board of directors—a voluntary, usually unpaid group elected from the residents at large. Boards are required to follow a set of by-laws, which usually cannot be changed except by a majority vote of the community; and both their meetings and their financial business are supposed to be public. Still, problems do occur—but they’re almost always avoidable. The best way to avoid them is to find out ahead of time, before you buy into a community, whether or not you’re likely to butt heads with your new association board.

CC&Rs
When you visit a community before purchasing, make sure to get a copy of its CC&Rs. (If you meet with any resistance, scratch that community off your list: no one should be expected to buy a home without knowing all the details of the restrictions in the contract.) Read the document carefully—it will probably be a thick sheaf of legalese, but the only way to know what is expected of you is to bite the bullet and read (although the sheer amount of restrictions in some CC&Rs may be enough to dissuade you).

ByLaws
Also, get a copy of the community bylaws. Find out how much power the board actually has: how easily it can assess new fees, change or add rules, and conduct its business without input from community members. (Typically, boards have a lot of discretion when it comes to running the community...more than a city council would typically have, for instance.)

Reserve Fund
If you’re happy with the CC&Rs and bylaws, the next step is to make sure the association is in good financial condition. Each association must have a reserve fund, which is uses for unexpected expenses—for instance, an emergency repair to the community swimming pool. Many associations, though, undercapitalize their reserve funds, often severely; and when they don’t have the money to cover emergency costs, they cover them by raising dues and socking owners with special assessments that can run into the thousands of dollars.

A reserve fund should be equal to about a quarter of the total dues paid by the association members. Significantly less than that, and the HOA is playing fast and loose with its members’ financial future.

Lawsuits
Also, find out if the HOA is currently embroiled in any lawsuits with owners. The answer is frequently "yes," and that’s not a red flag in and of itself: it could be, of course, that the HOA is entirely in the right. But if there are several ongoing lawsuits, or if the board has a history of suing seemingly at the drop of a hat, find another community: either there’s something wrong with the board, or with the residents themselves.

Once You’ve Bought In
If you buy a home in a community, you should already know what is expected of you as a member of the homeowners association. But whether you know or not, when trouble arises the best thing to do is: whatever they tell you.

You may believe it is entirely unfair of the HOA to demand that you take down your American flag, for instance, or replace the fence that you just installed at a cost of thousands of dollars. But if you fail to comply, you can probably be fined; and if you don’t pay the fines, the association can take you to court, and in some cases foreclose on your home without even the necessity of a lawsuit. The board has the upper hand because of the contract you agreed to when you bought the home.

So if you find yourself embroiled in a dispute with your HOA, the best course of action is almost certainly to bow to their demands—take down the flag, remove the fence, pay the accrued fines—and work behind the scenes to get the rules changed. That can be difficult; but remember, the board members are elected, and they must represent the interests of the community. If they do not, they can find themselves out of power. If they do, then it’s you who is out of step...and the next step is selling out and finding a new community.