When you harmonize opposites in your life, things get better. 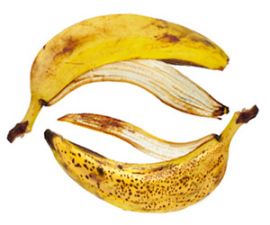 In my book, Yoga for Your Funny Bone: Exercises for Strengthening Your Comedy Writing (available on my website, accidentalcomic.com), I talk about how yoga focuses on harmonizing opposites—harmonizing the person you are on the outside with the person you are on the inside. Harmonizing the physical with the spiritual. Harmonizing grace and beauty with power and persistence. Yoga teaches that when you find harmony in opposites, your life improves in all areas.

Comedy writing helps us harmonize opposites as well. It allows us to take the dark, negative feelings we all have in our lives and express them in a way that creates lightness, joy, and laughter. As Eric Idle said in his book The Road to Mars, “Levity is the opposite of gravity.”

Rather than repressing your negative feelings or spending all your time whining and complaining, comedy writing allows you to shed and spread light on your own darkness. So when you put words to paper, you’ve done a service for yourself and for the universe by not taking your bad days out on the rest of us. Consider comedy writing not just a way to crack people up, but a mission!

You’ve probably already noticed if you’re a fan of comedy that almost everything that is meant to be funny on a page or on a stage has the same basic premise: Things Go Wrong. Whether it’s a job or a relationship, a car or a house, a kid or an in-law, a pet or a therapist—the comedy comes from life not working out the way we want it to.

I think that’s beautiful. Because life never works out as we want it to. Sometimes it’s far better and we win the lottery and the Nobel Peace Prize on the same day, but usually small bad things happen and we blow them out of proportion. If you can find the comedy in those, not only do you have a never-ending source of material, you have a way of learning to put a positive spin on your life.

This focus on things going wrong is clear when you consider the basic equation for making something funny:
Comedy = set-up (or pattern) + misdirection

We expect something to happen and it doesn’t. We’re surprised and we laugh. Really, it’s pretty much the same equation for life:
Life = pattern + misdirection

Every time your life doesn’t go as expected, you have to make a choice about what you’ll do next. And you have the power to choose to find the funny in the change in direction, rather than get irritated, frustrated, depressed, angry, sleepy, dopey, bashful or Doc. Okay, maybe you become irritated, frustrated, depressed, angry, sleepy, dopey, bashful, and Doc first, but eventually, you find the humor.

For almost 19 years now I’ve taught stand-up comedy as cheap therapy and this is why it works so well for so many people. Not only do students try to convert the negative things in their lives into comedy, they also start to understand the power behind that choice.