A new study offers insight into the nature and treatment of this disease. 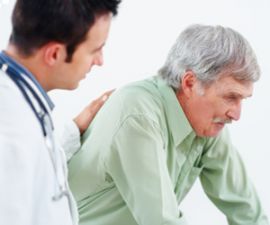 Chronic fatigue syndrome wrecks people’s lives. It does so physicially, socially, and economically. Looking normal yet not being able to think or work causes enormous hardship compounded by many doctors who think the illness does not really exist—a position health and disability insurance companies are more than happy to endorse. And those who firmly believe it exists are often stumped by how to treat it—beyond stretching, physical activity and psychotherapy.

Now a new study out of Bergen, Norway adds much to the data that chronic fatigue is an autommune disease. If not entirely definitive, it points in the direction that many CFS sufferers and clinicians have argued for decades—that the illness is a disorder of the immune system, is preceded in most cases by some kind of infection, and continues to provoke multiple debilities for a long time.

Many ideas for clinical treatment occur from observing the clinically unexpected. In this case, the Haukelund Hospital researchers were struck by a patient with lymphoma and CFS whose fatigue also improved with treatment. They decided to treat 30 people with CFS, mainly young (average age 37.3 for those treated and 31.5 years for placebo) and female (80%) with rituximab, a potent anti-inflammatory monoclonal antibody that markedly depletes B cells. None of the patients allowed into the study were suffering from endogenous depression, which afflicts a large number of CFS sufferers. None of them showed evidence of the XMRV virus, which previously had been reported as more common in some CFS studies, though critics felt such studies were methodologically flawed.

Some major findings were:

Despite the problems, there is much cheering in the Bergen study.

First, something works. Most clinical trials of CFS patients, like with acyclovir, show only subsets of patients who experience real improvement.

Second, this study goes a fair way to knocking off the strong belief in the medical community that CFS is “only in people’s heads.” Many with CFS are told that they are depressed—they know that, but also know very well something else is going on that causes that depression.

Third, if something works, further treatment along the lines of oncology/rheumatologic trials may now get funded. Ritixumab and other monoclonal antibodies will be tried, alone or in combination.

The biggest change may occur with public acceptance and awareness. It’s one thing to live with a chronic disease that controls much of your life; it’s another to live with an illness many do not believe exists.

The Bergen study will provoke many more arguments about CFS, particularly what its main manifestations really are and what to do about it. Many sufferers will want immediate treatment with rituximab or other monoclonal antibodies, which may be clinically premature. Immunity is fiendishly complicated, and the effects of monoclonal antibodies on immunity profound.

But the argument that CFS is not related to the immune system may now be less stridently asserted. That would be real progress.