Home  »  Articles  »  Cholesterol: What Do the Numbers Really Mean?

Cholesterol: What Do the Numbers Really Mean?

Sometimes what seems “obvious” turns out to be far more complicated 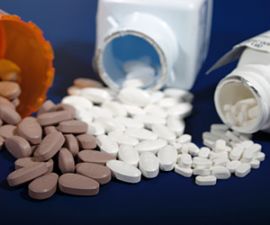 Be careful what you wish for—especially when the target is something as complex as cholesterol and heart disease.

Controlling cholesterol levels has near religious status among drug companies and many researchers. Statins have been the source of tens of billions in profits for drug companies, who have continued to strive mightily to produce a second act. Now, approaching closer to the holy grail of high HDLs and low LDLs, carrier proteins that are thought by public consent and many physicians to represent “good” and “bad” cholesterol, drug companies have struck out again. They have shown that in complicated systems like heart disease, getting the numbers you want may not get you the desired results.

The results this week come from a new trial of Niaspan added to statins, which cost, according to Gardiner Harris in the New York Times, $32 million from Abbot Laboratories and $21 million from the US government. The idea was to prove that higher HDL levels, attended with lower triglycerides, would mean less heart disease.

What they got instead were more strokes.

There’s plenty of data out there that higher HDLs are not predictors for better results. First, there’s plenty of evidence that people with really high levels of HDL are at more cardiovascular risk. Second, a huge trial by Pfizer of an HDL increasing drug had to be stopped in 2006 because the results were negative.

Can there be too much of a good thing?

There are many reasons to expect that in health studies, unlike baseball or basketball, “better” numbers won’t necessarily help you.

Cholesterol has been felt for a long time to increase atherosclerosis. But cholesterol is just one of hundreds of risk factors for heart disease, and not such a clear predictor, particularly before looking at its subtypes.

For example, people with really low levels of cholesterol have higher levels of suicide. Other studies point out that, unlike radiation exposure, there may be no advantage to improving heart health below certain cholesterol levels.

In other words, cholesterol is really a marker—rather than an independent predictor—for many cardiovascular events, like heart attack and stroke.

And, confusingly, in biology it is very possible for a molecule to be both predictor and marker. Having way too much or way too little of certain kinds of cholesterol may be bad in itself; but like much of biology, these effects are often non-linear—that is, they do not run up and down in a straight line.

The real effects of statins

The assumption was that everything that statins did was associated with lowering cholesterol. Only later did it become apparent that the drugs effectively decreased inflammation and stabilized the arterial membrane in a way still not completely understood—and that was the reason why many did not get heart attacks.

Much of statins’ effectiveness was not about lowering cholesterol.

But the tyranny of numbers was established. Low cholesterol good—high cholesterol bad. High HDL good—Low LDL good. The results were blasted through the media for decades.

Now people go through their cholesterol numbers like baseball scores—look how virtuous I am! I used to be a 300 cholesterol, but now I’m at 200, and wow! I did it with a pill rather than changing what I ate or how I lived.

An unfortunate judgement, it turns out.

Statins are remarkable drugs, and have saved millions of lives. Their side effects can also make people miserable and kill a few through different mechanisms, including dissolving their muscles, a phenomenon called rhabdomyolysis.

And there is far more to survival than decreasing cholesterol levels. Many of the lifestyle changes people formerly made to defeat heart disease may not have dramatically lowered their cholesterol, but still did wonderful things to lower cardiovascular risk, and Alzheimer’s risk, and cancer risk.

But that’s not as easy as taking a pill.

• Markers are not predictors. Drug companies have made many billions convincing the FDA that lowering “markers” like cholesterol was enough to obtain drug approval, without clearing showing they lowered the rates of disease. That policy has to be thrown out.

• Don’t always believe the numbers when complex systems are at stake. Most of biology does not operate, as does much of engineering, at the extremes. The middle ground is often the sweet spot for getting things done—and there is often too much or too little of a “good thing.”

• View your body as a system. Change one thing and you automatically change a lot of others—generally without knowing. Lithotripsy worked on gall stones—but who recognized that sound-shocking the abdomen would cause diabetes 20 years hence? It should have been obvious—the small islet cells that make insulin are pretty fragile—but it was not at the time.

• Don’t believe the cholesterol religion—or most medical religions. Biological levels are not the same as sports scores, and you need to look at hard end points—like years of normal life survival—before you’re convinced you’ve found the new cure. Lots of people wanted higher HDLs to mean less heart disease—but nature does not work that way.