Can Retirement Make You Sick?

If not being busy gets you down, you may be suffering from "leisure sickness" 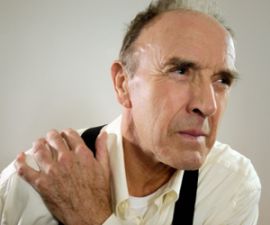 Are you a "Type A" personality? A perfectionist? A workaholic? Someone who feels great during the workweek, but suffers from depression, aches, pains, fatigue, and infections—in other words, a person who gets sick when nothing is looming on the horizon? If so, you may have what is called "leisure sickness," a term coined by Dutch psychologist Ad Vingerhoets of Tilburg University. In a study of almost 2,000 people, about three percent of high-achieving respondents identified themselves as suffering from symptoms of illness when they didn't have much to do, were on vacation, or were no longer working at high-pressure jobs.

What causes leisure sickness? Some experts feel that people who are unable to enjoy downtime suffer because they feel out of control, and this stress results in feeling sick. When negatively stressed, the body produces cortisol, which suppresses the immune system—as a result, people are more susceptible to illness. Those with little to do may become super sensitive to physiological signs, and feel every twinge, while those who are extremely busy ignore signals from their body telling them they are ill. Positive stress (such as a job one is passionate about) may result in greater resistance to disease because adrenaline, which is an immune system booster, is released.

What can you do if you're retired and feel you suffer from leisure sickness? One solution, of course, is to return to a job you enjoy, or increase your level of involvement—have more meaningful activity and less leisure. Exercise is great for reducing negative stress, and developing a better sense of life-work balance can also be helpful. Examining your approach toward life if you're a perfectionist or workaholic can also be beneficial.

Can a laid-back retirement make you sick? For about three percent of the population, the answer seems to be yes.