Research tends to support an age-old observation: loneliness can be deadly. 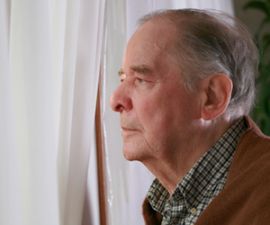 Why do people get sick? This question has been debated for several thousand years. Classicial literature from Greece to India portrays deaths caused by romantic rupture and familial separation. Now some biological answers may be forthcoming.

In a report in Genome Biology, molecular biologist Steve Cole teamed with psychologist John Cacioppo to see if lonely people were immunologically different. The lonely ones indeed felt very much alone, including those who felt no close or intimate human contact for years at a time. The research extracted leukocytes, a specific kind of white cell, from their blood. The leukocytes were then analyzed using some of the newest “gene chips” to determine which genes were turned on and off.

Turned on were pro-inflammatory genes. Turned off were genes involving glucorticoids, the steroids that in general diminish immune responses. Steroids are used to treat among other illnesses asthma, lupus, and tumors, even chronic pain. The genes that provoke steroid production were markedly tuned down in lonely people.

All in all, about two hundred of their genes were operating quite differently, many of them critical to inflammatory cascades. Inflammation is increasingly blamed for abusing many human diseases. A major research question is with all these supposedly similar inflammatory processes going on, why does one person get rheumatoid arthritis, another heart disease, another lung cancer? Studies of lonely people and social support may start providing clues.

It was known many years ago that the remaining partner of a dying spouse had markedly higher death rates. Lonely people die young.

Yet the importance of social support to survival was not fully clear until Berkman and Syme started looking at Californian 40-55 year olds in the 1970’s. To their surprise, most social connections seemed to count in keeping people healthy and alive. Those with greatest social connectedness seemed “protected” against heart attack, stroke, and depression. Even their cancer rates were lower. Berkman and Syme’s methodology has now been copied worldwide. The results pretty much are the same everywhere. Social support correlates well with longevity, absence of disease and mood disorders.

But why? The Genome Biology study looked only at leukocytes, cells involved in fighting off primarily bacterial infection. Yet leukocytes are also important parts of the many inflammatory cascades that occur nearly continuously throughout the body. You need an inflammatory reaction, for example after you’ve walked or run, to clean up the broken sinews and dead cells so you can renew and replace them. Immunologic cells like leukocytes are critical members of the information systems that directly fight off bacteria, viruses, and cancer.

That’s what we think they do, anyway. What is getting clearer is that immunologic and nervous systems are highly linked. The informational connections between them probably never cease. They even come from the same place. Nervous and immune tissues develop from the same embryologic stock.

Figuring out how their cross-talk works is difficulty, exciting, and only beginning. If loneliness is proinflammatory, what are the immunologic effects of major depression or schizophrenia? Do such immune effects explain why people die so young in these illnesses, often from heart attack or stroke?

Perhaps. What’s also becoming evident is that Einstein was right, and not just about relativity and gravity. Perhaps one of the most singular people in the twentieth century, Einstein wrote about the “optical delusion of individuality.” To him, one of the more unusual men of his time, mankind operated as a giant social mass.

It’s hard to square Einstein’s assertion with the deep sense of individuality many Americans feel. Yet most of us are dependent on thousands of people we don’t know. We depend on them for food, shelter, energy, and safety. Our cities cannot run without hundreds of interconnected transport, commercial, political, educational, and communication systems.

Social connections have a major influence on mortality. A major social feature of the world’s longest lived population, Asian American women in northern New Jersey, is their high degree of social engagement. Social support may mediate effects beyond decreasing depression and heart disease.

Work by Jonathan Shay has pointed out the importance of trust in reducing posttraumatic stress disorder caused by combat. If social support changes inflammation, its dynamic effects on survival may become clearer. Asian American women in Bergen County average 91.1 years of age. Until recently, many researchers did not think such population lifespans biologically possible.

Social connection is a deep, old human trait. It is also profoundly healthy. Our level of social engagement affects the brain, the heart, the arteries, and now inflammatory cascades. Trust creates and sustains societies. We really are social animals.

You can read about it in our genes.