Boomer Inheritances on the Rise

Here are some important points to keep in mind when inheriting an IRA. 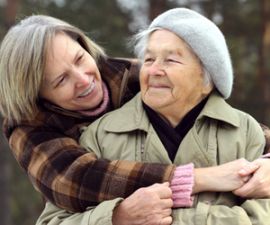 It is estimated that “Baby Boomers,” individuals born between 1946 and 1964, stand to inherit a total of $8.4 trillion from their parents or other relatives of a previous generation. In fact, $2.4 trillion has already been received. This was recently reported by a MetLife study authored by the Center for Retirement Research at Boston College. Most of these boomers can expect to receive their inheritances in late middle age, upon the death of their last surviving parent.

Included in their inheritances will undoubtedly be many traditional and Roth IRAs. If applicable rules are followed correctly by those inheriting these accounts, the distribution of this money and payment of any related income tax can be spread over their continuing life expectancies. Required minimum distributions (RMDs) will be paid annually, allowing remaining funds to stay in the IRA with the opportunity to continue growing on a tax-advantaged basis.

Important things to keep in mind when inheriting an IRA:

• If the decedent had a traditional IRA and was in pay status (over age 70½) the RMD for the year of death must be satisfied. Any amounts withdrawn after death to complete the RMD must be paid to the beneficiary.

• In the case of multiple beneficiaries, separate shares for each must be established and funded by 12/31 of the year following the year of the IRA owner’s death. This will ensure that each beneficiary can use his or her own life expectancy to calculate future withdrawals.

• A new inherited IRA needs to be established with the name of the decedent referenced in the title.

• RMDs for the beneficiary must commence in the year following the year of the original IRA owner’s death.

• The beneficiary’s life expectancy factor, based on his or her attained age in the year following the year of the IRA owner’s death, will be reduced by one each subsequent year. This factor is drawn from the Single Life Expectancy Table found in IRS Publication 590.

To illustrate the power of a stretch IRA, let’s assume a traditional IRA owner dies at age 85 and leaves two children, ages 57 and 58, as beneficiaries. One year after the owner’s death, one child would be age 58, and the other 59. The 58-year-old child could stretch RMDs over the next 27 years and the 59-year-old over 26.1 years. Income tax would be owed on the distributed funds to the extent they don’t represent a return of the original owner’s after-tax contributions. The same payment period would apply in the case of a Roth IRA, but all distributions would be tax-free except for any earnings withdrawn within 5 years of the original owner first establishing a Roth IRA.

In order to insure that the beneficiaries take advantage of the stretch payment opportunity presented to them, they should seek competent assistance from an advisor who is well-versed in the IRA rules. If a beneficiary does not take the full RMD annually, there could be a 50% penalty. No, this is not a misprint—50% penalty!