As with many “food drugs,” the pros and cons must be carefully balanced. 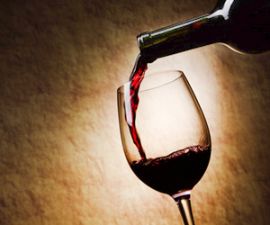 Can alcohol be good for you? Much evidence would argue yes.

Compare “moderate” drinkers who have perhaps one glass of wine a day versus those who never drink. Who lives longer? Those who drink small amounts regularly.

Yet alcohol causes lung cancer, stomach cancer, kidney cancer, brain cancer, oral cancer. It’s a pan-toxin—give enough of to virtually any cell in the body, and that cell will die. Alcohol addiction and alcoholic cirrhosis continues to be leading causes of death in young people. Alcohol related dementia is a major scourge.

So how can such stuff be good for you? You have to recognize that alcohol modulates literally hundreds of bodily processes. Food drugs do just that.

For physicians of a certain generation the idea that alcohol can be good for you seems quite a stretch. Some of my more memorable medical school days involved the lectures of C.S. Leiber, a liver specialist at Mt. Sinai Medical School. Lieber was not one of our SUNY professors, but an unusual guest presence from cross town somehow induced to take the subway and enter a large, dark lecture hall in Brooklyn.

Lieber’s research made him drinkmaster of a large group of mandrill baboons—muscular, powerful, violent animals, especially when drunk. Lieber would get them very drunk.

And then shove a large biopsy needle into their livers. We were amazed that anyone—even a human separated by iron bars—would be brave enough to biopsy drunken baboons.

The results on their livers were more surprising.

Lieber had an electron microscope. At enormous magnification, the drunken baboon hepatocytes looked like air photos of Hiroshima. Organelle after organelle was blown to bits. The nucleus survived somewhat intact, but everything around it bubbled and burst.

How could cells come back after such an aggressive assault?

Only in later years did I begin to understand how cells could survive such destruction: because they normally regenerate and rebuild themselves extremely quickly. How fast you rebuild can negate how quickly you use up or destroy internal cellular structures. Fortunately for us, life is fast. So is regeneration.

So how can alcohol be good for you?

Alcohol appears to cut back the risk of heart disease in many different ways. That’s because alcohol goes almost everywhere in the body, and changes many processes. Cholesterol and other lipid levels shift up and down. Clotting becomes less likely. Gut bacteria live or die depending on the dose.

And alcohol is also a major immunomodulator. Some of the changes are good, some bad—depending on who you are, what you’re doing, and your dose.

Alcohol also represents culture, pleasure, sociality. Many societies celebrate victories and defeats, successes and the major events of life with a drink. Humans are profoundly social animals. They are often more social when they drink together.

So here is a pantoxin that can prevent heart disease and stroke—if given in low dose. That’s a big if. In high doses, alcohol causes holiday heart syndrome—arrythmias common at Christmastime. Yet higher doses of alcohol, particularly the kind you see with bingeing, can over time lead to heart failure.

Recently alcohol has been touted as a way to prevent dementia. Maybe not. A recent study done at the San Francisco VA looked at women in their sixties and older. Would alcohol consumption prevent dementia of all types, particularly Alzheimer’s?

Alzheimer’s is known to be caused in part by clogging of arteries. Amyloid buildup and Alzheimer’s plaques are bad—but things really turn nasty if arteries clog up.

With alcohol preventing heart disease and stroke, it looked like alcohol might lower these women’s dementia risk. No luck with this population. Any increase in alcohol consumption increased the risk of dementia—any amount. Here was a spot where the pantoxin wreaked its damage at all dose levels.

Booze and Other Food Drugs

It’s the nature of food drugs—coffee, tea, alcohol and others—to be simultaneously useful and abusable.

Half the antioxidants of the American population may come from coffee, but too much coffee and people develop gut problems, can’t sleep, and become caffeine addicted.

Yet the public health results of alcohol addiction are so severe as to constitute their own class. Russia has managed to be one of the few modern countries to see its overall lifespan go down. The major culprit for these shorter lives is excessive alcohol use.

Alcohol provokes the desire but prevents the performance, as Shakespeare noted four centuries ago in Henry the Fifth. It’s both fuel and fat—a major problem for an overweight population. As a sleep inducing agent, it is both immensely popular and highly deleterious, causing some of the nastiest, most prolonged insomnias clinically seen.

But drinking can—can—be a lot of social fun.

So drink understanding the power of alcohol as drug. In the right populations, alcohol may make you feel more joyous and slowly decrease your risk of heart attack and stroke. But take more than one or two drinks a day, and the whole risk cavalcade turns negative.

The body is an information processing unit. Alcohol shifts major information flows in the body. Dose it quite small—and at the right times (effects can double or triple between 6 P.M. and midnight) and it just might help you.

The right information at the right times—that’s what you need to really regenerate your body.