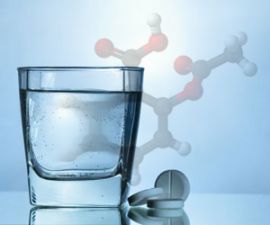 Should you take aspirin to prevent cancer?

The Lancet, one of the world’s most prestigious medical publications, has just published a series of articles on aspirin and the prevention of cancer. The one getting the most international attention is a “meta-analysis” by Professor Martin Rothwell of Oxford and his team, looking at many studies pooled and analyzed as a unit. His new conclusion: taking aspirin decreased the risk of metastatic spread of colon cancer perhaps as much as 50%. His old, contested conclusion: taking aspirin for only 3-5 years seemed to decrease the risk of getting colon cancer.

Can We Trust These New Studies?

Only if we understand the statistical underpinnings that exist for them, and apply suitable “fudge factors.” Meta analyses take disparate populations over disparate periods with wholly different environments, set up specific inclusion criteria, and then treat the many different study subjects as if they were equal. The large grouping allows for more fine tuned statistical analysis of overall risk, but also can put apples and oranges together.

That’s because population studies try to control the innumerable health variables that exist in the environment and with medical illness—but sometimes can’t. What if unknown risk factors—like foods rarely eaten—are a major cause of colon cancer? What if the patients enrolled in one group were enthusiastic users of all kinds of new treatments, a group which whose higher health consciousness tends to get them better results overall? You can try to control some of these problems effectively in single studies. However, they’re much harder to control when you pool many disparate studies together- and many of these studies tested aspirin’s effect on vascular disease, not cancer.

What Have Other Studies Shown?

A large review of studies done in Annals of Internal Medicine in 2007 found large population follow-ups supported the idea of using aspirin to prevent colon cancer.

Are There Problems with Aspirin Use?

Plenty. In the study performed in 2007, estimates of GI bleeding were 2.7% per year for those taking more than 200 mg of aspirin a day. The standard aspirin dose sold in stores is 325 mg. The dose recommended for stroke and heart attack prevention—in people with history of heart disease or clear risk factors—is 81 mg.

Even that low-dose group will show more hemorrhagic strokes when using aspirin.

And chemoprevention of cancer by aspirin—in most of these studies that supposedly demonstrate effectiveness—found doses had generally to be 325 mg a day—or more. The recent Oxford study however found lower doses effective, in contradiction to almost all previous studies.

Shouldn’t We Recommend Aspirin Use to Some Groups?

Yes. Some people with family history of particular kinds of tumor, like Lynch’s syndrome, have a much clearer reason to use aspirin to prevent colon cancer.

But aspirin is not the only way to decrease colon cancer deaths. Hemoccult testing—looking for occult bleeding—cuts the risk. And if colonoscopies are done carefully—many GI physicians now pride themselves on getting through the study in six minutes or less—they may cut the risk of colon cancer by half or more. Sadly, many tumors spread along the side of the bowel wall and are very hard to spot on colonoscopy.

All in all, aspirin prophylaxis has to be considered as part of other prevention strategies—which include not just colonoscopy, but diet and physical activity, which also affect colon cancer risk.

Why Are These Things So Complicated?

Because the human body and our society is complicated. We know of many variables that affect colon cancer risk. There are probably dozens more of which we presently know little or nothing. That the bacterial biome—the 100 trillion bacteria living in your bowel, with their 3-9 million individual genes versus humanity 27,000—has no effect on cancer risk, particularly colon cancer risk, is hard to believe.

Who Then Should Take Aspirin for Cancer Prophylaxis?

This is just the sort of issue that independent committees, like Britain’s NICE or America’s National Institute of Medicine, need to consider in order to create guidelines. The issues are complex and demand long consideration.

If you have a family history of colon cancer, it’s worthwhile to talk with your primary care doctor as to whether you should take aspirin to prevent colon cancer. Recognize you will probably need to take 325 mg for many years to improve your odds, and risk increased rates of bleeding in your gut and brain.